The Russian Navy has conducted anti-submarine drills and exercises in the Mediterranean Sea with warships and helicopters reports Tass. 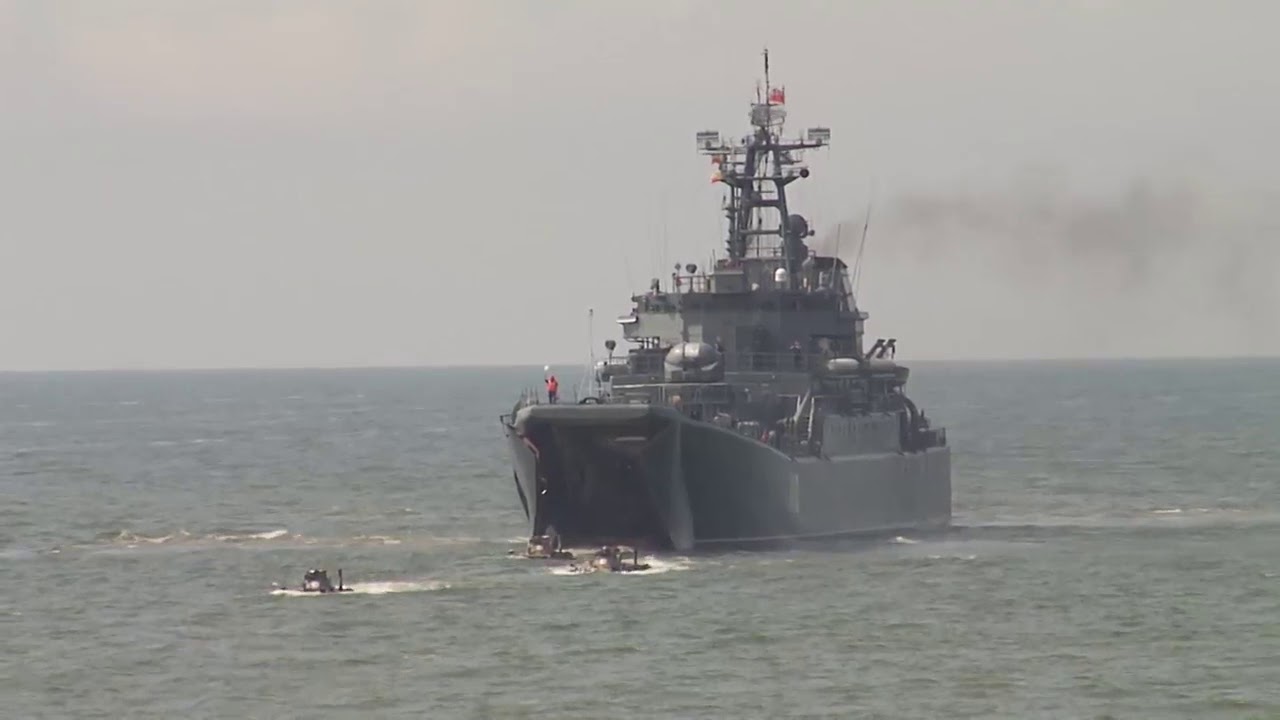 A fleet of frigates in the Black Sea held drills in the Mediterranean to detect and eliminate a notional enemy’s submarine, the fleet’s press office reported on Wednesday.

Admiral Makarov and Admiral Essen held drills in the Mediterranean Sea to search for and destroy a notional enemy’s submarine. “The frigates’ crews are currently accomplishing missions as part of the Navy’s permanent task-force in the distant maritime zone,” the press office said in a statement.

The Navy sailors practiced tactical techniques of detecting and continuously chasing the submarine, while accomplishing the procedures within the required time limits to notionally employ torpedo weapons and rocket-propelled bombs. The crew of a Ka-27PL anti-submarine warfare helicopter from the Black Sea Fleet’s naval aviation and air defense force provided support from the air, the statement says.

“As a result of joint operations by the crews of the frigates and the helicopter, the chase of the submarine ended with its notional destruction,” the press office said.

In the final stage of the drills, the crews practiced the elements of joint deployment and combat manoeuvring as part of a surface action group and held specialized communications and air defense drills to provide protection for a group of ships during their transit at sea.

The warships, like those commanded by Admiral Grigorovich, represent a new series of Project 11356R/M frigates (the Project 11357 designation is also used). These frigates are designed to destroy enemy surface ships and vessels, submarines and ground installations, carry out patrols and defend sea lanes.

The frigates are armed with eight launchers for Kalibr-NK cruise missiles that are capable of striking surface, coastal and underwater targets at a distance of up to 2,600 kilometres.