Since a ceasefire was agreed between Russia and Turkey, two sides have been bolstering their positions in Idleb and Aleppo, with more fortifications and more troops writes Zaman Al-Wasl. 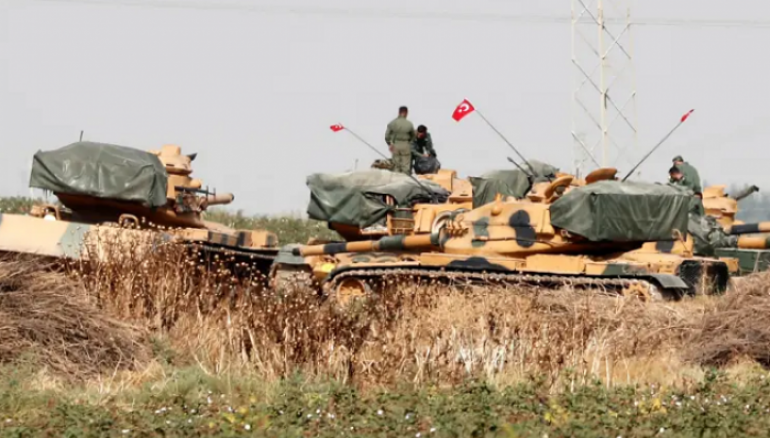 On Thursday, the Turkish army established a new observation point on the strategic M4 highway near Jisr al-Shughour city, according to Zaman Al-Wasl’s reporter.

The new outpost was established in the town of al-Kfayr, west of Idleb city, on the Aleppo-Lattakia highway, known as the M4.

Over the past three weeks, Turkish forces set up six observation points in al-Ghassaneyah, Bidama, al-Najiyeh, and al-Zainiya, al-Misherfah and Tel Khattab, an array of villages located in the Jisr al-Shughour region.

The rapid deployments by both sides, Turkey and the Syrian regime, have been continuing despite a ceasefire deal reached in early March in northwestern Syria.

The regime trucks were carrying 200 troops operating in the 25th Special Missions Division, five tanks and 40 and armored vehicles.

The truce halted a terrifying three-month air and ground campaign that killed hundreds and sent 1 million people fleeing toward the Turkish border.

The agreement did not make the Assad forces roll back the significant military gains secured during the Russian-backed offensive — a key Turkish demand prior to the talks.

In other relevant development, Iran’s Revolutionary Guards have formed a command center in the northwestern countryside of Aleppo province and parts of Idleb.

The joint command room included top commanders of the IRGC, Hezbollah and the Iraqi and Afghan militias.

Additionally, 17 more Iranian outposts were set up in the southwestern countryside of Aleppo and eastern Idleb region. About 2,000 militants and heavy weapons were deployed in the new positions, a rebel commander told Zaman Al-Wasl.