As part of their efforts to stop large gathering, the General Conscription Directorate has announced a delay in military service for conscripts reports Al-Watan. 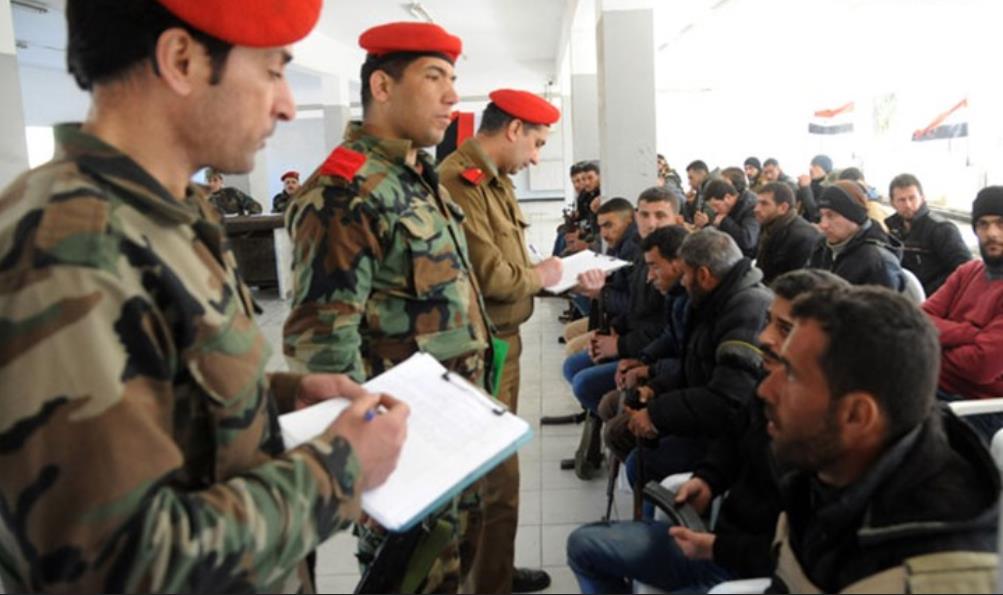 The General Conscription Directorate has announced a delay in military service for conscripts until Apr. 22, 2020. Sources in the ministry told Al-Watan that the decision to delay sending conscripts and issuing notebooks was like any other decision taken by the state to limit gatherings. They said that any extension of this decision would come from the command, adding that given the delay, there would be no real activity for the conscription department, as its activities focus on this matter at the moment.

General Director of the Syrian Foundation for Trade Ahmed Najm, told Al-Watan that several proposals had been put in place to study the possibility helping alleviate congestion in the institution’s halls, including cooperation with labor groups and administrative units to send delegates to receive allocations for their staff, or to send a car from the institution to workshops, assemblies and industrial facilities to deliver allocations there.

Deputy Governor of Damascus Ahmed Nabulsi told Al-Watan that a series of urgent measures had been taken in the framework of following up on the implementation of government measures to address the coronavirus, by dividing the city of Damascus into sector groups, with each sector overseen by members of the executive office and members of the governorate council, as well as relevant regulatory authorities, to carry out intensive daily tours of markets, commercial and touristic actors, and bakeries, to be monitored on an ongoing basis.

Regarding closing public parks, Nabulsi emphasized that the governorate has not yet decided to close public parks, expecting that citizens will cooperate by committing to not gathering in public places except out of urgent necessity. In the event that people do not respond to gatherings, and that there is a risk to people’s lives, decisive decisions will be taken and we may end up closing parks—although there are a number of parks that are not walled off, and therefore there is the possibility of entering and leaving them easily.

Minister of Tourism Muhammad Rami Martini told Al-Watan that a decision was issued to close cafes, cafeterias, nightclubs, restaurants and facilities, with hotels receiving guests and offering only them services, with restaurants that include external customers closed.