A senior Iranian commander is killed, aid agencies try to prevent coronavirus, a fuel tanker collision kills 30 people and a prominent smuggler holds a lunch. Catch on up everything that happened over the weekend. 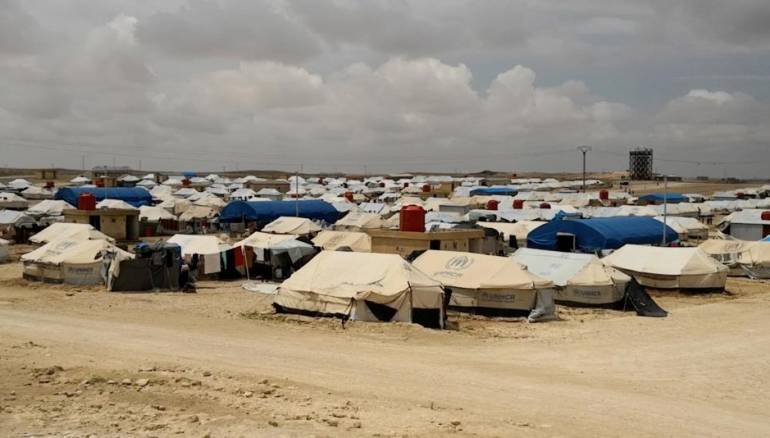 1. A senior member of Iran’s Revolutionary Guards, Farhad Dabirian, was martyred in Syria on Friday, Fars news agency reported, without giving details of how he died. The agency, which is close to the Revolutionary Guards, described Dabirian as a “defender of Sayida Zainab shrine,” the holy Shi’ite Muslim site south of Damascus, and as a former commander of the Guards in Palmyra, the ancient city in central Syria.

2. Aid agencies are moving to prevent a coronavirus outbreak in conflict-plagued northwestern Syria, where damaged health infrastructure and massive displacement make containment a nearly impossible task. Syria has not yet confirmed any coronavirus cases but its “fragile health systems may not have the capacity to detect and respond” to an epidemic, Hedinn Halldorsson, a spokesman for the World Health Organization, told AFP. The risk of an outbreak is especially high and most alarming in Syria’s northwest, where some three million people are trapped in a shrinking rebel bastion battered by months of bombardment.

3. A fuel tank collided with two passenger buses and several other cars on a highway near the capital Damascus on Saturday, killing 30 people, Syria’s official news agency said. SANA said the accident happened on the Damascus-Homs road in the Baghdad Bridge area, adding that a number of other people were injured. No details were immediately available and it was not immediately clear what caused the collision. The war-devastated country marks nine years of conflict next week. It has ravaged the country’s economy and infrastructure.

4. Mahmoud al-Tayis, a well-known merchant and smuggler of oil products, held a lunch for the Shiite militias and Assad’s forces in Khsham town in the eastern Deir ez-Zor countryside, according to Deir Ezzor 24. Nawaf al-Bashir, the leader of the al-Baqir Shiite militia, was at the head of the invitees, along with a group of Shiite militia leaders and well-known Shiite figures from Hatlah town. Tayis was famous for providing the Islamic State with oil, gasoline and diesel, and was smuggling oil into the areas controlled by Assad’s forces in Deir ez-Zor.