Turkish back fighters have recaptured the town of Nayrab, setting up an assault of Saraqeb and the recapturing of the M5 Highway reports Al-Masdar. 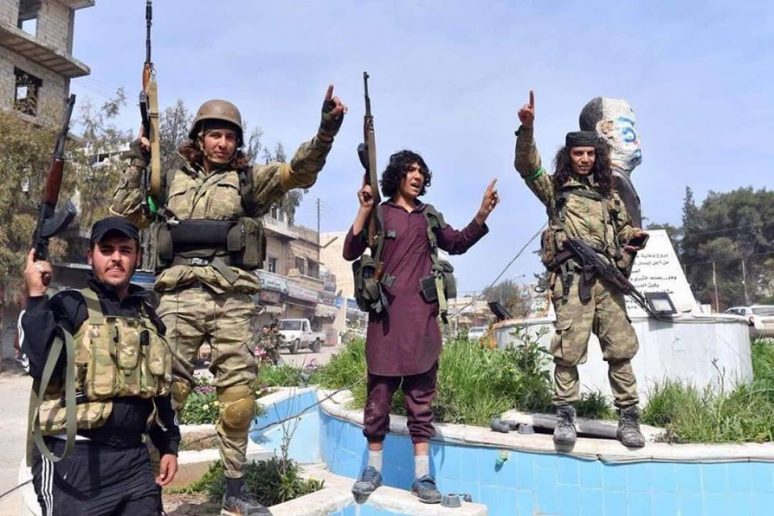 Turkish-backed militants and their jihadist allies managed to retake a key town in eastern Idleb on Monday after launching several attacks against the Syrian Arab Army’s defenses.

Backed by Turkish artillery, the National Liberation Front (NLF) and Hay’at Tahrir al-Sham began their attack on Monday by storming the western outskirts of Nayrab, a town that has been fought over for two weeks now.

According to the latest field report from the province of Idleb, the Turkish-backed militants and their jihadist allies were able to retake Nayrab after losing more than 150 combatants over the course of three attacks.

By capturing Nayrab, the militants can position themselves for an offensive to reclaim the strategic city of Saraqeb, which is located at a point where two major highways merge in northeastern Idleb.

Since capturing Saraqeb, the Syrian Arab Army has retaken several towns and villages between Aleppo and Idleb, which has paved the way for the reopening of the Aleppo-Damascus M5 Highway, for the first time in eight years.