The location of a mass grave, thought to contain the remains of 6,000 bodies, has been revealed reports Zaman Al Wasl. 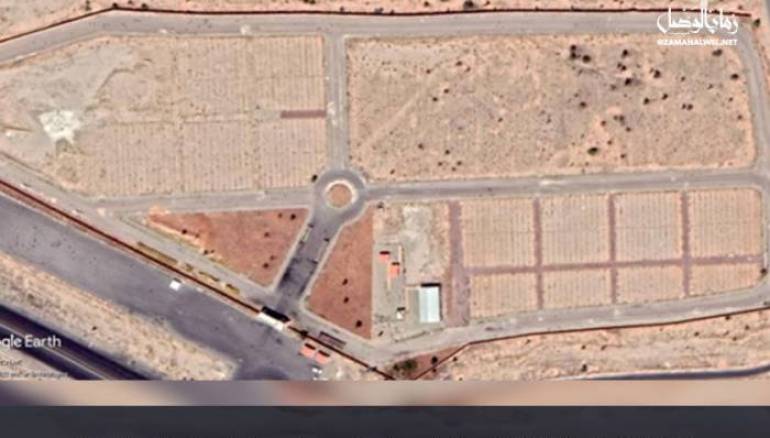 A military source has revealed the location of a mass grave containing the bodies of 6,000 opposition fighters, activists and detainees northeast of Damascus.

The heavily guarded cemetery is located in a military zone near Baghdad Bridge on the Damascus-Lattakia highway.

Air Force Intelligence and Fourth Mechanical Division surround the 6.5 hectares mass grave that was fenced in 2014, according to the source.

The regime army said Monday it had discovered a mass grave containing of 70 bodies in Douma, a former rebel stronghold north of Damascus, the state-run news agency reported.

At least 53,275 torture photographs were smuggled out of Syria in August 2013 by a military defector code-named Caesar.

Caesar’s photographs show at least 6,786 detainees who died in detention or after being transferred from detention to a military hospital. The remaining photographs are of attack sites or of bodies identified by name as of government soldiers, other armed fighters, or civilians killed in attacks, explosions, or assassination attempts, according to Human Rights Watch.

Most of the 6,786 victims shown in the Caesar photographs were detained by just five intelligence agency branches in Damascus, and their bodies were sent to at least two military hospitals in Damascus between May 2011, when Caesar began copying files and smuggling them out of his workplace, and August 2013, when he fled Syria.

Since the revolution erupted in March 2011, about 1.2 million Syrian citizens have been arrested and detained in the regime’s detention centers at some point, including 130,000 individuals who are still detained or forcibly disappeared by the Syrian regime, according to the Syrian Network for Human Rights.