A exhibition by journalist Firas Abdullah has shown the horrors of the siege that was imposed on eastern Ghouta reports Zaman Al Wasl. 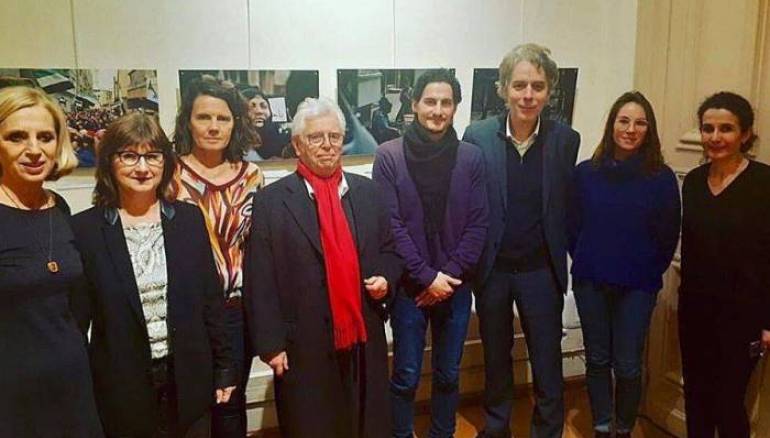 A photo exhibition by Syrian journalist Firas Abdullah took place in Paris last Thursday, delivering a powerful testimony of the Syrian horror during the nine-year-old war.

The exhibition includes a selection of photos taken in Ghouta’s suburbs, the eastern enclave of Damascus that endured a severe siege and brutal bombardment.

The exhibition was held under the patronage of the 2nd arrondissement of Paris.

According to Le Diair, Abdullah, 27, was born in the city of Douma in eastern Ghouta. He is now a refugee in France. Before finding refuge in France, he tried to follow an engineering course at the University of Damascus where he enrolled in 2013, but he had to give up very quickly because even before the siege of the city, access to the university was impossible.