America's national security adviser has said Washington does not intend to involve itself in the increasing violence between Turkey and the Syrian regime writes Al-Araby Al-Jadeed. 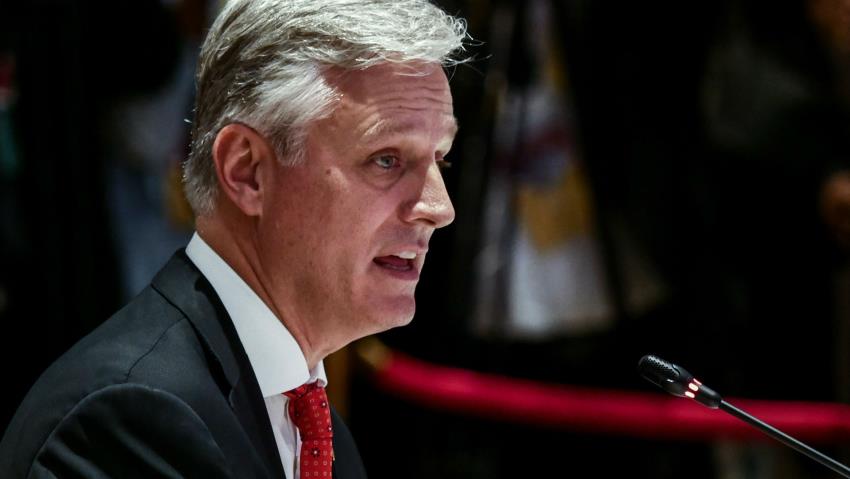 The National Security Advisor has said Washington will not intervene in the escalating violence in Idlib province between proxy forces linked to Turkey and Russia, despite pledges by the US to provide military aid to Ankara.

Robert O’Brien appeared on Face The Nation, a public affairs programme on CBS, where he was grilled over Idlib.

When asked what the US is doing about the violence, he said: “The idea that America must do something… we’re supposed to parachute in as the global policeman and hold up a stop sign?”

His words appear to be in contrast to US policy on Syria.

The US last week offered to help Turkey and threatened sanctions on Moscow to pressure the Syrian regime and Russia to halt the offensive.

“Certainly, we are moving forward on additional sanctions,” Syria envoy James Jeffrey told reporters after a bloody offensive on the north-western Idlib region.

He did not name the targets but suggested they would be in Syria.

“So we’re looking at what we can do about that. And we’re asking the Turks what help they need,” he said.

Mike Pompeo, US Secretary of State added that the US will “stand by” Turkey last week.

“There was a serious risk in #Idlib a year ago and the president was able to tweet for Assad to stop and hold off that crisis,” he boasted.

“We bought them a year with one tweet. That’s pretty impressive.”

This is hardly the case. A surge in internal displacement has seen around 700,000 Syrians flee the biggest regime offensive in Idlib since the nine-year-old conflict, the UN said on Tuesday, as regime forces bomb more towns and cities in northwest Syria.

“In just 10 weeks, since 1 December, some 690,000 people have been displaced from their homes in Idlib and surrounding areas,” a spokesman for the Office for the Coordination of Humanitarian Affairs said.

The UN expressed concern for civilians as Idlib is hit by freezing temperatures amid shortages of tents, food, and clean water.

Snowfall in some regions and sub-zero temperatures are raising fears of a major humanitarian catastrophe and prompting the United Nations to make an urgent appeal for shelter solutions.

“I hereby declare that we will strike regime forces everywhere from now on regardless of the Sochi deal if any tiny bit of harm is dealt to our soldiers at observation posts or elsewhere,” Erdogan told a meeting of his ruling party in parliament.

The latest threat comes after more than a dozen Turkish soldiers were killed in regime shelling in the northwestern province of Idlib – the last rebel stronghold in Syria.