Turkey claims to have destroyed three tanks and two cannons as well as killing a number of fighters reports Al-Araby Al-Jadeed. 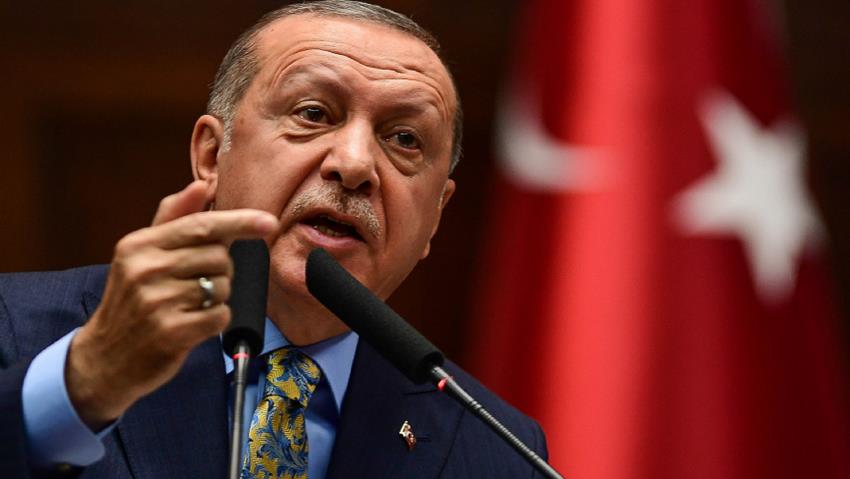 Three tanks and two cannons were destroyed, the Turkish defence ministry said, adding that a Syrian government helicopter was also hit in the operation.

The rise in tensions come amid threats of a fully fledged Turkish military offensive against the Syrian regime over its continued campaign to seize the country’s last opposition bastion.

Also on Monday, Turkish-backed opposition forces launched a fresh assault against forces loyal to Bashar al-Assad in an attempt to reclaim the key Idlib town of Saraqeb, which was lost to Damascus last week.

Reports indicate the rebels are newly equipped with armoured vehicles and weaponry supplied by Ankara.

Eyewitnesses said the assault has also been assisted by Turkish forces shelling Syrian regime positions in the area, Reuters reported.

Syrian regime artillery fire killed five Turkish soldiers and wounded another five in what the Turkish defence ministry described as an “intense assault” on a military post in the Taftanaz area north of Saraqeb.

The attack targeted soldiers “sent as reinforcement to the region with an aim to prevent clashes in Idlib, ensure our border security and stop migration and human tragedy”, the ministry added in a statement.

“The developments are closely watched and the necessary measures are being taken,” it added.

Fahrettin Altun, Erdogan’s top press aide, said on Twitter that “Turkey retaliated against the attack to destroy all enemy targets and avenging our fallen troops.”

Turkey has beefed up those positions since last Monday’s clash with regime forces, which killed eight Turkish personnel and 13 Syrian troops, sending at least 350 vehicles with commandos backed by armoured vehicles.

Ankara has urged the regime to retreat to the cease-fire lines that were agreed in 2018, warning that if it does not, Turkey will deploy its prepared “Plan B”.

But the regime supported by Moscow has intensified its assault against the last major rebel bastion, home to an estimated three million civilians.

Ankara has vowed to defend its military posts in Idlib and has condemned the regime for its assault on the province’s civilian population, around half of whom were displaced from elsewhere in Syria.

But Turkey has taken a more aggressive approach with the regime than in past years, threatening a full-frontal military offensive if it fails to halt the campaign, due to fears that the violence could force a fresh flow of refugees into Turkey.

The United Nations said on Monday close to 700,000 people in northwest Syria have been displaced since December. Many of those have been forced to flee towards the Turkish border, which is already home to more than 3.6 million Syrian refugees.

Most of the displaced are living in open-air shelters and temporary homes in freezing winter conditions. Half of them are estimated to be children.

The attack was the latest in a series of explosions in Turkish-controlled regions that have killed and wounded scores of people. Turkey has blamed the attacks on the People’s Protection Units (YPG), a Syrian Kurdish militia it deems a terrorist organisation.

The bomb went off on a main street in the town of Afrin, which Turkey took control of following a military incursion in 2018, Anadolu reported. It said some of the wounded were in serious condition, adding that the death toll was likely to rise.