Turkey has called on it forces in northern Syria to be prepared to mobilize in Idleb and defend the observation points writes Baladi News. 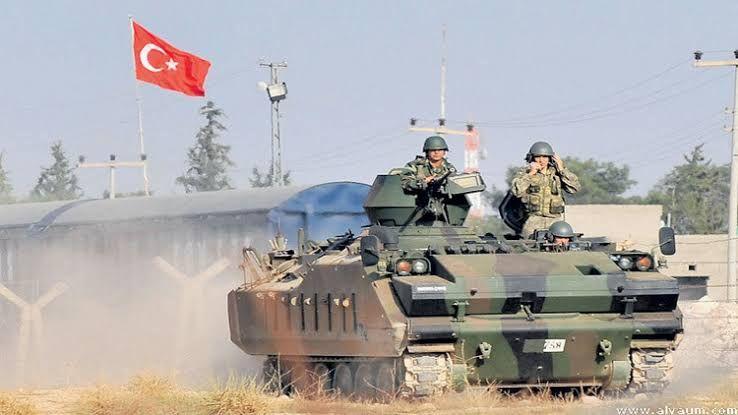 Political and military movements concerned with the situation in Idleb have indicated the features of a wide-scale Turkish military operation that could appear following Turkish President Recep Tayyip Erdogan’s statement that regime forces would withdraw from the places where there are observation points.

A military source from the opposition National Army told Baladi News: “The army has asked all military factions in the Olive Branch and Euphrates Shield and National Front for Liberation areas to be ready and to bring out all heavy weapons at orders from the Turkish army and to send them to Idleb province.”

The source said that the preparations would include 6,000 to 7,000 fighters from the Euphrates Shield and Olive Branch areas as a first batch, which would be sent to Idleb province in the coming days, after the deadline given to the regime by the Turkish president to withdraw from the areas which were previously taken in Idleb province.”

Since the statement of the Turkish president, his forces have continued bolstering their presence in Idleb province with material and fighters in large numbers, resembling those that entered before the Euphrates Shield and Olive Branch and Peace Spring operations.

Military sources who entered have defensive and offensive qualities, meaning that their presence will not be limited to observation or self-defense, but have the possibility of carrying out an attack.

The Turkish Foreign Ministry said on Saturday that discussions with a Russian delegation about Syria, specifically Idleb province, ended without reaching an agreement. It said that the three-hour meeting discussed the steps that could be taken to ensure the ceasefire in Idleb and to propel the political process. It added that the meeting had been headed by Deputy Turkish Foreign Minister Sedat Onal, as well as Putin’s envoy to Syria, Alexander Lavrentiev, from the Russian side, and in the end it was decided that the negotiations would continue into next week.

In this respect, a source told Baladi News that Turkey today sent a strong message to the Russian delegation in Ankara about a number of conditions, most importantly that the regime withdraw from the areas to which they have advanced west of the international highway (Saraqeb – Maarat al-Nu’man – Khan Sheikhoun) up to Murak.

The source said that the Russians had expressed some simple responses to some of the demands proposed by the Turkish delegation, with talks still ongoing about the other conditions.