The Syrian Arab Army had made considerable advances in Aleppo and Idleb, recapturing dozens of towns and villages reports SANA. 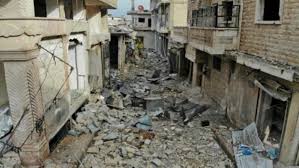 The Army and Armed Forces General Command has announced that units of the Syrian Arab Army operating in Idleb and Aleppo provinces regained, over the past few days, control over 600 square kilometres and liberated tens of villages, towns and strategic hills.

The General Command said in a statement on Sunday that army units operating in Idleb and Aleppo provinces continued their field advance to eliminate terrorist organizations, which have escalated their acts of aggression by targeting the safe residential areas and the civilians with rockets, escalated their provocative measures against the civilians, and continue to prevent them from leaving terrorist-held areas, using them as human shields.

The statement stressed that the army continued carrying out its national duties of defending the sovereignty of the homeland and the dignity of citizens and eliminating the dangers of the armed terrorist organizations and preventing them from confiscating citizens’ will and controlling their life.

The Command underlined that the attempts of the states-sponsored terrorism will not succeed in stopping the increasing collapse among the ranks of those terrorist organizations, asserting that the Syrian Army will continue to carry out its duties in liberating every inch of the Syrian territories from terrorism.