The Turkish president has insisted that his forces will not withdraw and that Russia must keep control of the Assad regime writes Alsouria Net. 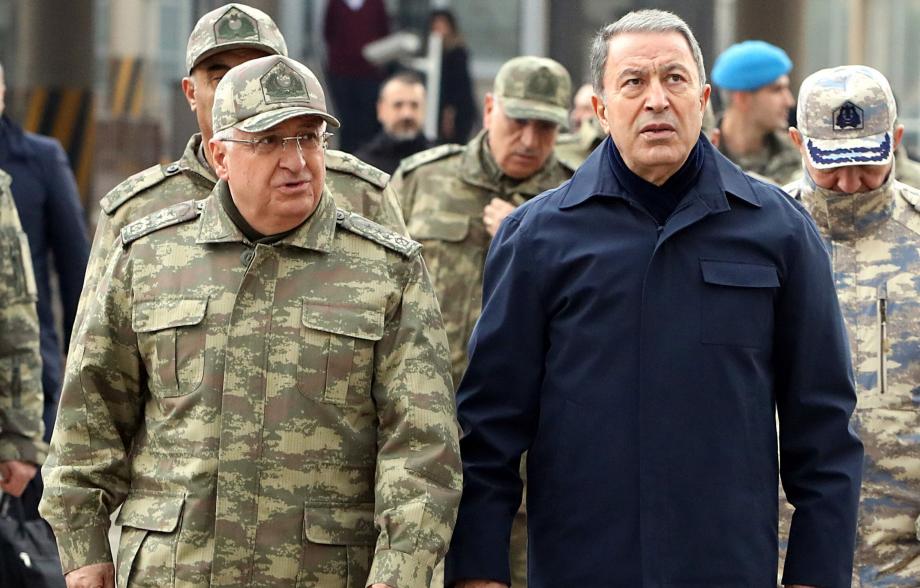 Turkish President Recep Tayyip Erdogan has said that Turkey will not allow Assad’s forces to achieve more progress in Idleb province, while his country is bolstering its military positions and areas of deployment in the province.

During a meeting with Turkish media after returning from Ukraine on Tuesday, Erdogan said that, “the regime is trying to advance on the ground in Idleb by displacing innocent people who are heading to our borders.” He added: “We will not give the regime a chance to advance, because that would increase the burden on us.”

The Anadolu Agency quoted the Turkish president as saying that there was no need to get into a conflict with Russia at this stage, commenting on Assad’s forces targeting Turkish soldiers in Idleb.

He added that Turkish operations had given the Assad regime a “major lesson” adding “but we will not stop. We will continue with the same resolve.”

Erdogan’s statements coincided with the reinforcements sent by the Turkish army to observation points in Idleb province—including mobile, bullet-proof security booths—according to Anadolu.

The agency added that 10 trucks loaded with mobile guard booths had entered from Reyhanli to the Turkish observation points in Idleb amid heightened security measures.

Commenting on this, Erdogan told journalists that, “Turkish observation points in Idleb have a very important role and they will remain there, and we will carry out the necessary reinforcements.”

On Monday, Assad’s forces bombed Turkish positions near Saraqib east of Idleb, killing seven people including civilian workers, and wounding nine others, who were evacuated by helicopters hours after the incident.

Although Erdogan has said his country was ready to escalate relations with Russia—which backs Assad—Foreign Minister Mevlut Cavusoglu said that, “the Russian excuse that it is unable to fully control the Syria regime is not correct.” He added that Ankara had called on Russia to halt the regime’s “insolence.”

All this coincided with the Assad regime advancing in the southern and southeastern Idleb countryside, and taking control over strategic areas, as bombardments and the striking of civilians continues, escalating the pace of displacement.

Idleb province is subject to the “de-escalation” agreements and ceasefires signed between Russia and Turkey in Astana and Sochi, and despite the regime’s violations, the two sides are still operating under the deal.