Islam Alloush, who was a spokesman for Jaish al-Islam, has been arrested and charged with war crimes, torture, and the forced disappearance of activists report Al-Modon. 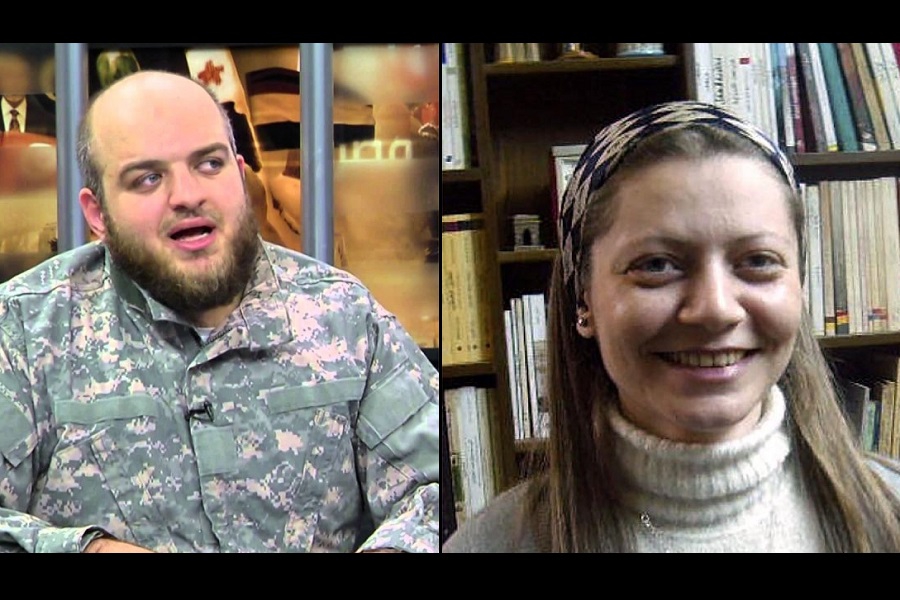 Islam Alloush, one of the most prominent figures in Jaish al-Islam, which long controlled eastern Ghouta, has fallen into the trap of French authorities after traveling there to complete his higher studies.

French authorities arrested Majdi Naameh, also known as Islam Alloush, last Wednesday in the French city of Marseilles, where he had traveled after receiving a scholarship as a student in the Erasmus program.

Majdi Naameh was born in 1988, and had been a captain in the Syrian regime army. He defected after the Syrian revolution and became a senior officer in Jaish al-Islam and an official spokesman, along with its leader Zahran Alloush—the founder of the group, who was killed in an airstrike in 2015. After that, Islam Alloush became the most prominent figure in the organization, until his resignation from his leadership position in 2016.

Islam was arrested by the French authorities after being charged on several counts by the Central Office for Combatting Crimes against Humanity, Genocides and War Crimes in Paris. He was charged with war crimes, torture, and the forced disappearance of activists in eastern Ghouta and Douma, as well as suspected involvement in the recruitment of Syrian children to fight in the group. He was also suspected of involvement in the kidnapping of several Syrian activists: Razan Zaitouneh, Samira al-Khalil, Nazim al-Hamadi and Wael Hamada.

The four were kidnapped from their offices in Ghouta, where they were documenting the humanitarian violations by armed groups in the area. Nothing is known about their fate. Islam was also charged with being involved in disappearing, torturing and killing two French citizens, namely: Mazen al-Dabbagh and Patrick al-Dabbagh.

Majdi Naameh’s arrest came after the Syrian Center for Media and Freedom of Expression (SCM), the International Federation for Human Rights (FIDH) and the French League for Human Rights (LDH) on Jun. 26, 2019, filed a complaint against Jaish al-Islam for the crimes committed between 2013 and 2018 against civilians and activists in eastern Ghouta and Douma. The case was appended by documents and testimonies from 20 victims or their families, including families of the “Douma Four.“

How did Islam Alloush reach Europe?

After Majdy resigned from his position in the Jaish al-Islam in 2016—or following his dismissal after he became a burden to the armed group due to the interview with Israeli Isabel Tsurkov, in which he did not rule out a peace deal with Israel, Majdy tried to reinvent himself as a “researcher.” He studied at a Turkish university, and his name appeared in many conferences and seminars as a researcher in Syrian and Islamic affairs, before he traveled to France on a scholarship.

Naameh entered Europe last year, and stayed for nearly six months, according to an interview conducted with the New York Times in an article on Turkey’s embrace of Syrian and Arab opposition voices: “Arab Exiles Sound Off Freely in Istanbul Even as Turkey Muffles Its Own Critics ”

Naameh said that he returned to Istanbul out of personal fear of eating pork by mistake, as well as Europe’s cold weather. He mentioned that he planned to complete his doctorate in Turkey. But apparently his plans changed, as he returned to France with an Erasmus grant, amid censure from Syrians that European universities had closed their doors to them while receiving the likes of Islam Alloush.