Protests in Suweida, a new law punishes people for not using Syrian pound, blast in Suluk targets Turkish troops and UN calls for ceasefire. Catch up on everything that happened over the weekend. 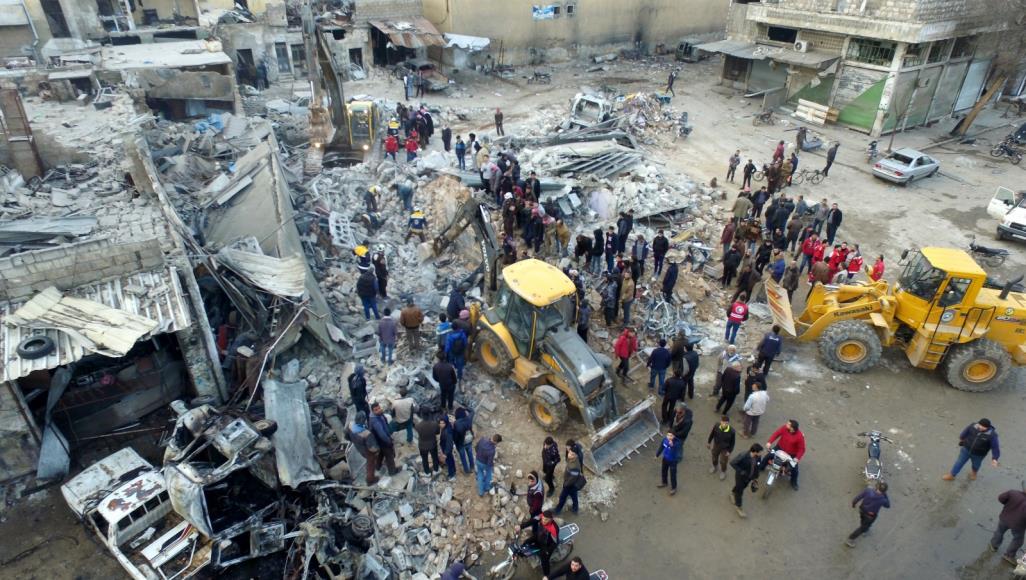 1. Protests against the deteriorating living conditions and government corruption have renewed for a second day in Suweida, Syria’s only majority-Druze province, local activists said Thursday. A few people, according to Zaman Al Wasl, gathered in a square in the center of Suweida and started chanting: “We want to live. We want to live.” The protests spread in several towns, including the key town of Shahbaa. “The spike in the price of goods and food coincides with a sharp fall in the exchange rate of the Syrian pound against the US dollar. In the past few days, the exchange rate hit 1,000 Syrian pounds to the dollar,” said the Syrian Observatory for Human Rights.

2. Syrian President Bashar al-Assad issued Legislative Decree 3/2020, which forbids the use of anything other than the Syrian pound as a payment means for any type of commercial transaction. The decree, as per SANA tightens the penalties for broadcasting or publishing fabricated facts, false or fake allegations that cause national currency depreciation and instability.

3. A blast killed two Turkish army officers and five fighters of the Syrian National Army in northeastern Suluk town, activists told Zaman al-Wasl. Last October, the Turkish army, backed by Syrian rebels, took Suluk from the Kurdish YPG forces, but since then several blast and IED attacks have been reported. Car bombs have become a popular tactic used by Kurdish militias to target pro-Turkey fighters, but such a deadly tactic has claimed the lives of tens of innocent people as blasts hit marketplaces and bus terminals in the towns of al-Bab, Jarablus, Suluk and Tel Abyad.

4. The United Nations High Commissioner for Human Rights, Michelle Bachelet, called for an immediate cessation of hostilities in Idleb, saying that the latest Syrian ceasefire had “yet again failed to protect civilians”. “It is deeply distressing that civilians are still being killed on a daily basis in missile strikes from both the air and ground,” Bachelet said in a statement on the ceasefire, which was due to be implemented nearly a week ago. Reuters reported that around 350,000 Syrians, mostly women and children, have fled a renewed Russian-backed offensive in the opposition-held Idleb province since early December, and have sought shelter in border areas near Turkey, the United Nations said Thursday.