Residential neighborhoods in Aleppo have been targeted with rockets by terrorists positioned on the western outskirts of the city writes SANA. 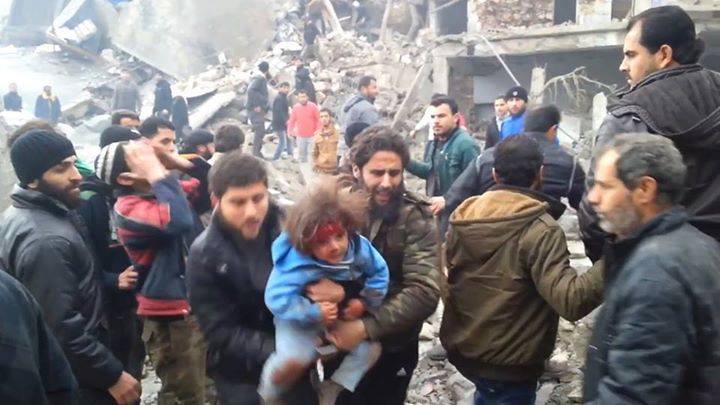 Recently, armed terrorist groups, positioned on the western outskirts of Aleppo province, have intensified their crimes and attacks against densely populated safe neighborhoods in Aleppo City, shelling them with rockets and explosive shells, killing tens of civilians and injuring others, mostly women and children, a military source affirmed.

The source added that, “terrorist organizations have also attacked the humanitarian corridors that were opened for the exit of civilians from the areas where terrorists are present, in an attempt to prevent citizens from exiting and to continue to use them as human shields.”

The source continued that the, “Army and Armed Forces General Command affirms that it will exert all possible efforts to save the civilians and to evacuate them from the areas where terrorists are positioned, and it asserts that its military operations are targeting the terrorists’ positions, in the framework of responding to the repeated attacks launched by terrorists against civilians.”

Terrorist groups are using the western outskirts of Aleppo city as a base to launch attacks against residential neighborhoods in the city and the safe surrounding villages and towns, claiming the lives of dozens of civilians and injuring others, in addition to causing material damage to houses and public and and private properties.