A failure of the reconciliation deals in the southern province of Daraa has led to an outbreak in violence and the deaths of a number of regime fighters reports Syria TV. 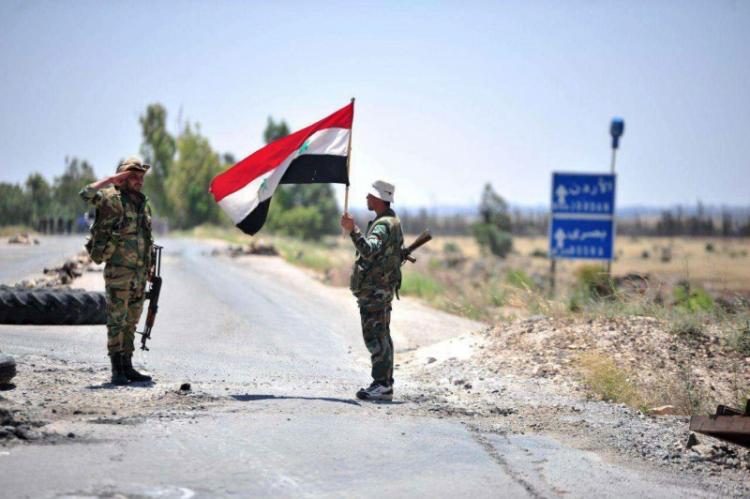 Three members of Assad forces were killed and others wounded on Friday in an attack carried out by unknown militants on two regime positions in the Daraa countryside in southern Syria.

The Horan Free Media said that two regime fighters were killed in an attack carried out by militants with light weapons on the Military Security checkpoint near Saida in the eastern Daraa countryside.

The report added that a member of regime forces was killed and others were wounded in an attack carried out on an Air Force Intelligence checkpoint between the towns of al-Musayfah and al-Ghariyeh al-Sharqiyeh in the eastern Daraa countryside.

Pro-regime pages mourned the deaths of the three fighters: Mohannad al-Mutairi, Hassan Ahmed Douba, and Eham Mohamed Saeed, in an attack by militants on Assad forces positions in the eastern Daraa countryside.

The Baladi News site quoted local sources as saying that regime Military Security forces shot at a militant trying to plant an explosive in the city of al-Sanamayn in the northern Daraa countryside, but he escaped.

Daraa province has been controlled by regime forces since July 2018 as part of “reconciliation and settlement” agreements with military units, and has seen repeated assassinations by militants, which have mostly affected fighters and officers in the regime forces and others fighters from the militias supporting them.