Syrain activists have been quick to cast derision on the Syrian Defense Minister, Ali Abdullah Ayoub, and the small chair he was given writes Arabi 21. 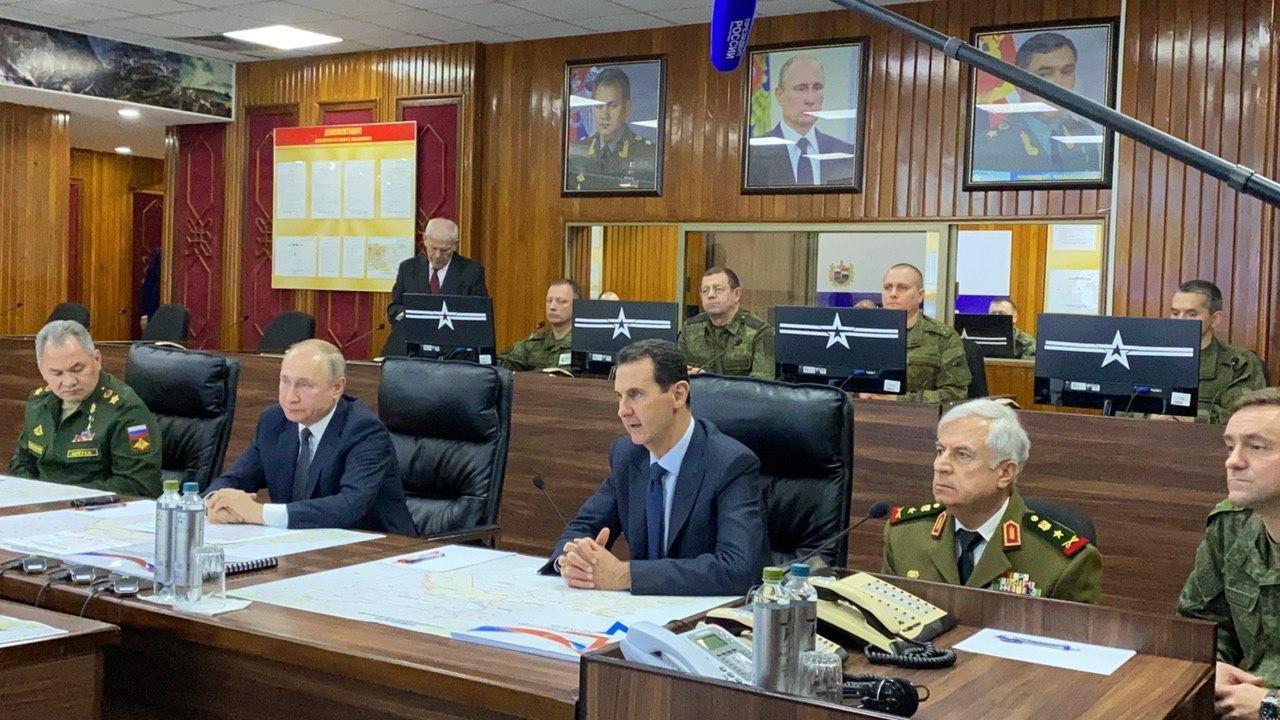 On Tuesday, Assad met with Russian President Vladimir Putin at the headquarters of the Russian forces in Damascus, along with a single Syrian official, which was the minister of defense, as well as other Russian officers and officials.

According to SANA, the two presidents listened to a military presentation by the commander of the Russian forces operating in Syria.

According to the Russian TASS agency, the spokesman for the Russian presidency, Dmitry Peskov, said that in the talks with Assad, Putin said: “that it could be confidently declared that a lot of ground had been covered towards the reconstruction of the Syrian state and the unity of its territory.”

This visit is Putin’s second to Syria after he visited the Russian Hemeimeem airbase in Lattakia at the end of 2017.

Images published by the Syrian Arab Presidency account on Facebook showed Ayoub on Assad’s left on a shorter chair, compared to his Russian counterparts, making him look much shorter than the others.

The images sparked widespread mockery among activists who asked why the minister was shown in that way and whether he had been intentionally given a chair with a lower back or if it was an accident.

Activists also asked that if the Syrian defense minister had been positioned in this way and dwarfed by the other attendees, then what is his status behind the scenes?