President Putin and Assad discussed the military situation on the ground and visited a number of sights in the capital reports SANA. 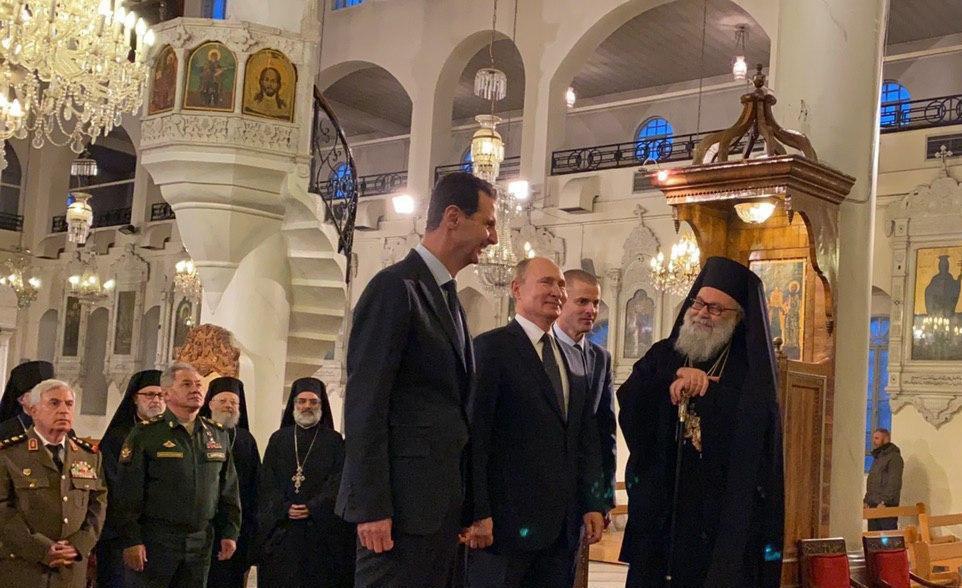 Russian President Vladimir Putin arrived in Damascus Tuesday on a visit to Syria. Presidents Bashar al-Assad and Putin held a meeting at the Russian forces’ assembly location in Damascus.

Assad and Putin listened to a military briefing by the commander of the Russian forces operating in Syria.

Putin offered his congratulations to the Russian forces operating in Syria over the Christmas period.

Assad also congratulated the Russian officers and soldiers on the occasion of Christmas, expressing the appreciation of himself and the Syrian people for the sacrifices made by the Russian forces alongside their counterparts in the Syrian Arab Army.

Later, Assad and Putin discussed recent developments in the region, as well as plans to eliminate the terrorism that threatens the safety and security of Syrian citizens in Idleb, and developments in the north of Syria and Turkey’s actions there, as well as supporting the political track and preparing suitable conditions for it.

The two Presidents affirmed that the main target of the political track is the return of security and stability to all Syrian regions, the accomplishment of the Syrian people’s interests in preserving Syria’s unity, independence and safety of its territories to push towards a better economic environment to start the reconstruction process.

Accompanied by Assad, Putin toured Damascus city, visiting the Grand Umayyad Mosque and the shrine of St. John the Baptist located within it, writing an entry in the visitors book.

Putin concluded his visit to Syria as Assad bid farewell to him at Damascus international airport.