Yet another car bomb attack has hit a town in the Turkish-controlled area of northern Syria, killing and injuring innocent people reports Zaman Al Wasl. 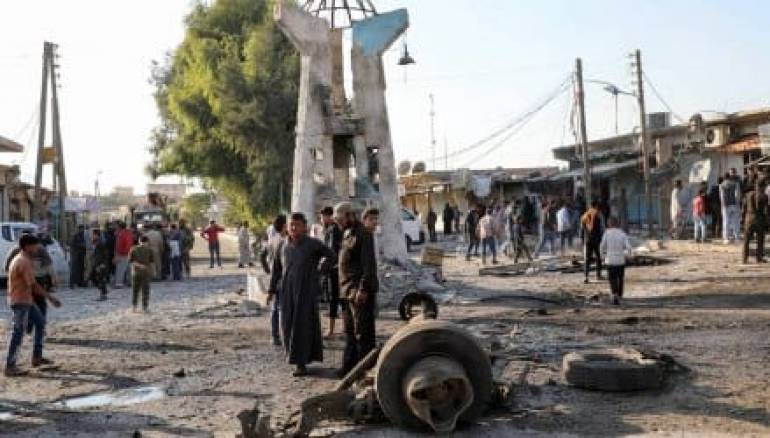 On Wednesday, four people, including two children, were killed and 10 more were wounded in a YPG car bomb attack in the Turkish-held town of Suluk in eastern Raqqa province, activists and monitors said.

The Syrian Observatory for Human Rights said the explosion was a powerful one, noting that it becomes the 21st explosion to rock areas controlled by Turkey and the Turkey-backed rebels in northern Syria since October 2019.

Car bombs have become a popular tactic of the Kurdish militias to target pro-Turkey fighters, but such a deadly tactic has claimed the lives of tens of innocent people as blasts hit marketplaces and bus terminals in the towns of al-Bab, Jarablus and Tel Abyad.

Turkey’s military took control of the Kurdish-held border areas in northern Syria immediately after US forces were withdrawn last October. Turkey has a longstanding enmity with the Kurds and wants to push back the YPG from its border.

Turkish forces have created a 120-kilometre (75-mile) “safe zone” between Tel Abyad and the town of Ras al-Ayn, pushing the YPG out of the area.