A mine, which was being transported in a car, exploded in the city of Tel Abyad, killing four civilians reports The Syria Times. 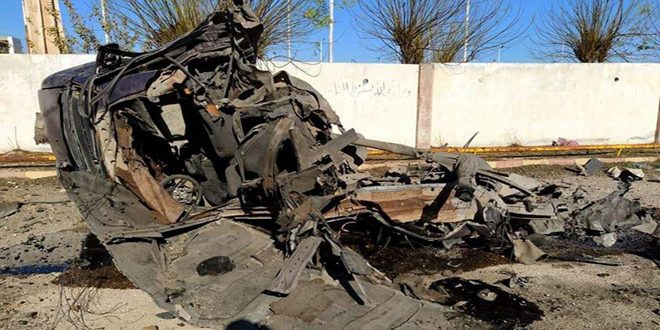 Four civilians were killed, including two children, and four others were wounded when a mine exploded inside a car in Tel Abyad city in Raqqa’s northern countryside.

Sources said that a mine exploded inside a car near al-Bawabah al-Hudodiya in Tel Abyad city in Raqqa where Turkish occupation forces and their mercenary terrorists are stationed.

Meanwhile, a vehicle exploded in Mabruka village in Ras al-Ayn’s western countryside in Hassakeh, where the Turkish invading forces and their terrorist tools are stationed, killing five civilians and wounding fifteen others, in addition to causing a huge amount of material damage to public and private properties.

Reporters in Hassakeh quoted local sources as saying that a booby-trapped vehicle exploded near a popular restaurant in Mabruka village in Ras al-Ayn’s western countryside, claiming the lives of five civilians and injuring 15 others.