President Assad and Deputy Prime Minister Borisov hailed the development of economic and trade cooperation between the two countries and expressed their desire for more reports SANA. 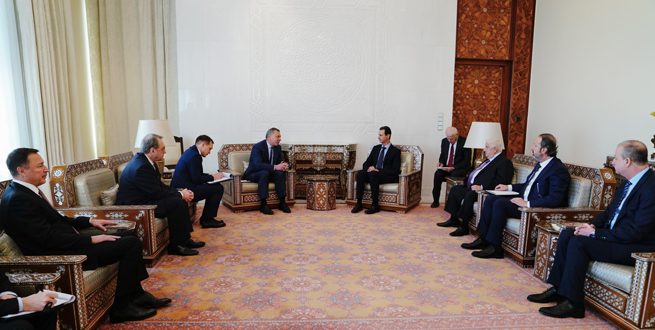 The meeting also dealt with the prospects for future cooperation between the two countries and ways to enhance it in all fields, especially with regards to energy, infrastructure and the establishment of new investment and industrial projects in a manner that realizes the common interests of the two friendly peoples and countries.

Assad and Borisov expressed their satisfaction with the development of economic and trade cooperation between the two countries, which is advancing steadily to reach the level of strategic relations linking Syria and Russia at the military and political levels.

The meeting reviewed the preparations for the Syrian-Russian joint committee meetings, which are to be held later this year.