The 4th Industrial Conference was due to take place in Damascus, but the frustration with the collapsing currency has caused it to be cancelled reports Brocar Press. 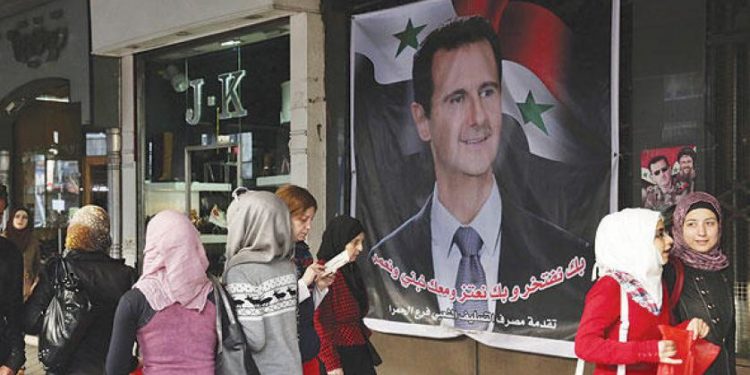 In light of the Syrian regime’s failure to intervene in the ongoing collapse of the Syrian pound, the Syrian Federation of Chambers of Industry has delayed the 4th Industrial Conference, due to take place in Damascus, saying that it was due to the lack of its advice and recommendations being implemented after it proposed them about a year ago to improve the exchange rate when it had been 500 Syrian pounds to the dollar.

The head of the regime Chamber of Industry, Firas Shihabi, said that most of the outcomes of the third conference, held in Aleppo about a year ago, were not implemented. He said that he was waiting for, “first, decisive monetary and economic solution to resolve the major imbalance affecting the national economy,” and noting that the conference had proposed a comprehensive economic plan to improve the exchange rate, which had at the time been 500 pounds to the dollar, according to quotes in Al-Watan newspaper.

Members of parliament have criticized the government’s silence and what they described as officials “sleeping.”

The “suspicious silence” which regime MPs criticized was described by a professor in the economics faculty at Damascus University, Shafiq Aroush, as its “inability.”

Aroush said that if we see nothing but silence, we can only read Facebook leaks to explain that what is happening in the markets, especially the exchange market, is far from reality.

A few days ago, regime media discussed a possible and urgent intervention by the Central Bank, while the Syrian pound continued its unprecedented collapse against foreign currencies and prices continued to rise for citizens, requiring eight times their month’s income according to official statistics when the dollar was 525 pounds.