At a meeting at the UN, Bashar al-Jaafari highlighted Syria's commitment to a Middle East free of nuclear weapons writes SANA. 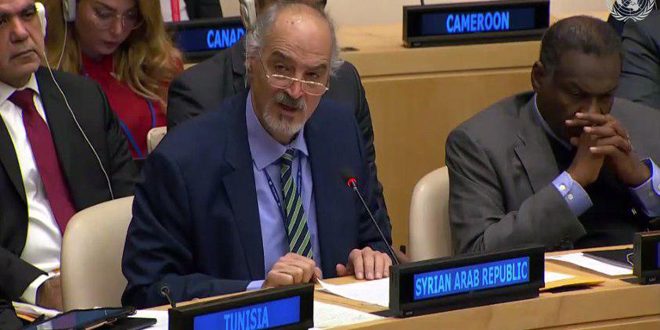 Syria’s Permanent Representative at the UN, Bashar al-Jaafari, said that Syria was one of the first states to join the Treaty on the Non-Proliferation of Nuclear Weapons.

This came at the Conference on the Establishment of a Middle East Zone Free of Nuclear Weapons and Other Weapons of Mass Destruction, during which Jaafari said that Syria is looking forward to a comprehensive treaty to make the Middle East free of nuclear weapons.

Jaafari said that the absence of Israel – the only side that refuses to put its nuclear facilities under the supervision of the International Atomic Energy Agency – and the absence of the United States from the Conference sends a negative message to the international community, in which they show their disregard for the international will to make the Middle East a zone free of weapons of mass destruction.