As the olive harvesting season begins, production rates are expected to be higher than last year, thanks to a greater availability of agricultural land writes SANA. 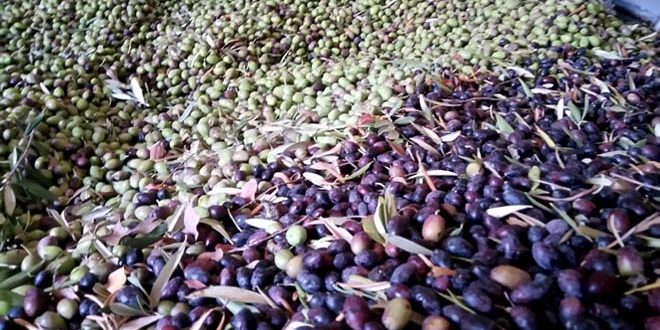 The olive harvest season has started in most Syrian provinces, expect in Idleb and Aleppo provinces where it will start by the beginning of the next month.

The Director of the Olive Office at the Syrian Ministry of Agriculture, Mohamed Habou, told SANA that the general status of the olive trees and oil is good and the harvest and oil pressing process are continuing as usual.

The increase in olive production came after the eradication of terrorism and the return of security to a large number of agricultural lands, in a way that have allowed the peasants to take care of their agricultural lands.

The Syrian government is also working on all the required measures to promote olive cultivation and oil production in different areas across the country.

He pointed out that more than 30,000 tons of olive oil was exported to more than 33 countries in 2018, because of the high quality in terms of the flavor, color and smell.