Part of the safe zone, proposed by Turkey, includes the Rmelan and Suwaidiyah oilfields, which are believed to hold billions of barrels of oil writes Iqtissad. 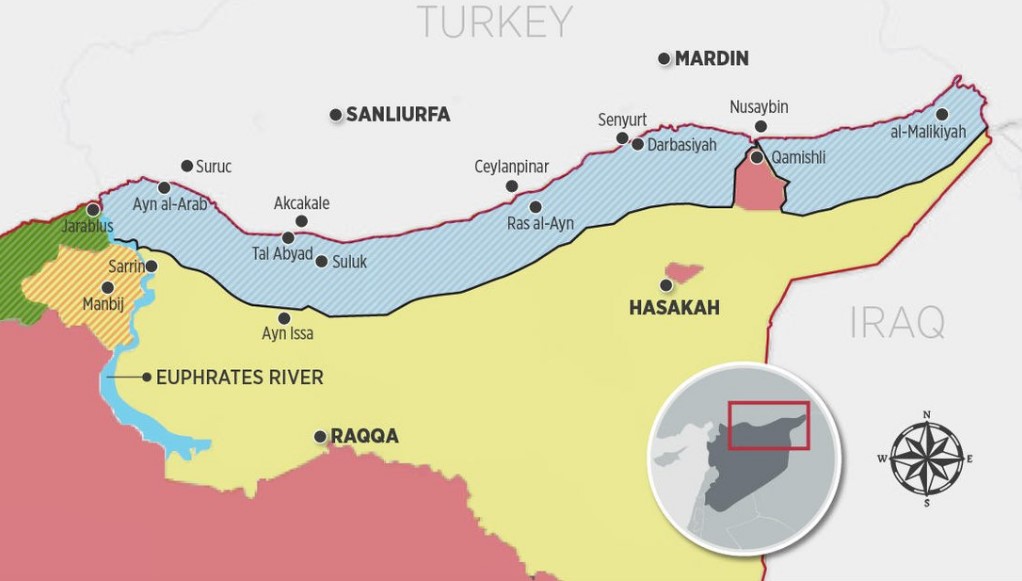 In the far north-east of Syria, on the border between Iraq and Turkey, where the famed Orient Express once passed, a small town called Maabadah is separated by a street from one of the most famous oilfields in Syria, Rmelan, and near it the Suwaidiyah fields.

The potential production capacity of the oilfields of these two regions is approximately 200,000 barrels per day. That is about 50 percent of Syria’s oil production, before 2011. The Rmelan and Sywaidyah fields are located in the al-Malikiyah area, with a Kurdish demographic majority reaching about 75 percent.

According to the plan for the safe zone, which was presented by Turkish President Recep Tayyip Erdogan to UN officials last month, the al-Malikiyah area will be one of the targeted areas, meaning the Rmelan and Suwaidiyah fields will be part of the Buffer Zone.

There are many theories about Turkey coveting Syrian oil in the northern province of Hassakeh, theories supported by other, yet unproven, theories that the Rmelan oilfields, in particular, have far greater oil wealth than is detected today.

Meanwhile, heavy fighting continues as Turkey presses on with its military operation, now in its eighth day, against Kurdish fighters in northeast Syria, according to Al-Jazeera.

Erdogan said the military action aims to remove the Kurdish-led forces from the border area and create a “safe zone” into which millions of Syrian refugees can be returned.

The move came after the United States announced it was withdrawing its troops from the area, leaving the Syrian Democratic Forces (SDF), its main ally in the battle against the Islamic State, without US military support.