Bouthaina Shaaban has said that efforts are being made to arrange talks between the regime and the Turks in the Russian city of Sochi reports Brocar Press. 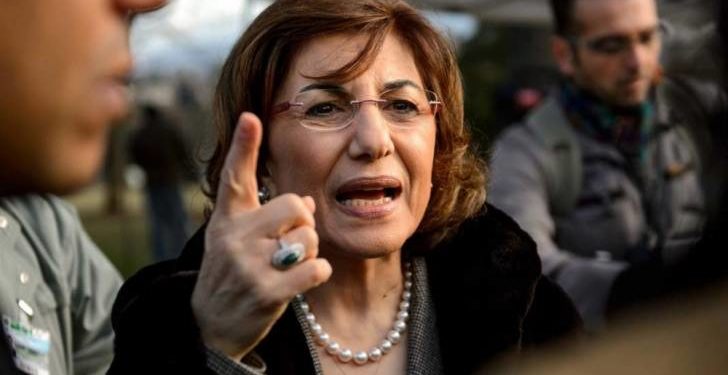 The Syrian regime head’s adviser Bouthaina Shaaban said that Russia is trying to hold a security meeting between the regime and the Turks in the Russian city of Sochi.

Shaaban did not reveal more details, but said it was likely that there would be a clash between regime forces and Turkish forces that are leading the military operation east of the Euphrates against the Syrian Democratic Forces (SDF). Russia has ruled out the possibility of a clash between the two sides and said it was coordinating with the Turks.

Erdogan denied that there were problems with Russia and the United States regarding the military operation.

Shaaban told RT on Wednesday that the Syrian regime had made preparations to repel the “Turkish aggression.”

Turkey has acknowledged for the first time that there are contacts with the regime at a reduced level, according to Turkish President Recep Tayyip Erdogan in February, in an interview with a Turkish channel.

In May, the media reported a security meeting held in Ankara between regime and Turkish officials.

Syrian opposition member Khaled al-Mahamid has previously told Brocar Press that “communication channels between Turkey and the regime were never interrupted,” adding that the two sides both knew the importance of communication and alliance between them “but international interests had prevented that,” as he put it.