A Syrian member of parliament has hailed the deal between the Syrian government and the Syrian Democratic Forces reports Al-Watan. 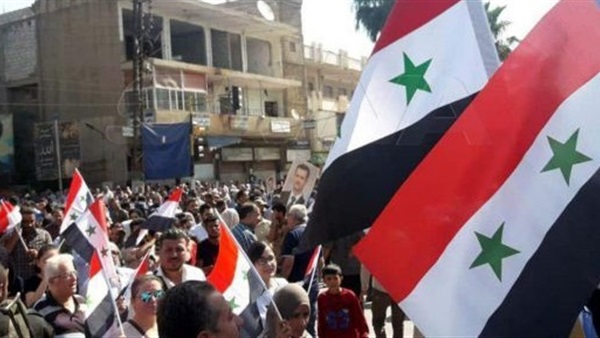 The president of the Syrian Kurds National Initiative, member of parliament Omar Ossi, said that the deal reached between the Syrian government and the Syrian Democratic Forces (SDF) to repel the Turkish aggression was an “important, strategic and historic Syrian-Syrian deal” because it would prevent a humanitarian catastrophe and put an end to Turkish arrogance.

In a statement to Al-Watan, Ossi said that the deal, “would put an important card in the hands of the Russian ally to put pressure on the Turkish regime president to stop this war on Syria.” He added: “Syrian leadership has announced it will repel the Turkish aggression with all available means.”

He said that the SDF had returned to central government in Damascus after the shift in the American position, adding that, “the deal flipped the table on Erdogan, who from now on will sink in the mud of the wars, as there are heavy battles going on in the cities of Tel Abyad and Ras al-Ayn, with fierce resistance from the SDF.”

Ossi said that, “So far, Erdogan’s colonial army has not achieved any strategic gains on the ground in a military sense, with the battles raging back and forth and heavy bombardments from Turkish warplanes, rockets and artillery on all the towns and villages with the aim of displacing residents.”