Wildfires erupted in the Lattakia countryside, burning of hundreds of dunums and killing two firefighters, including the head of the fire department in Lattakia reports Al-Hal. 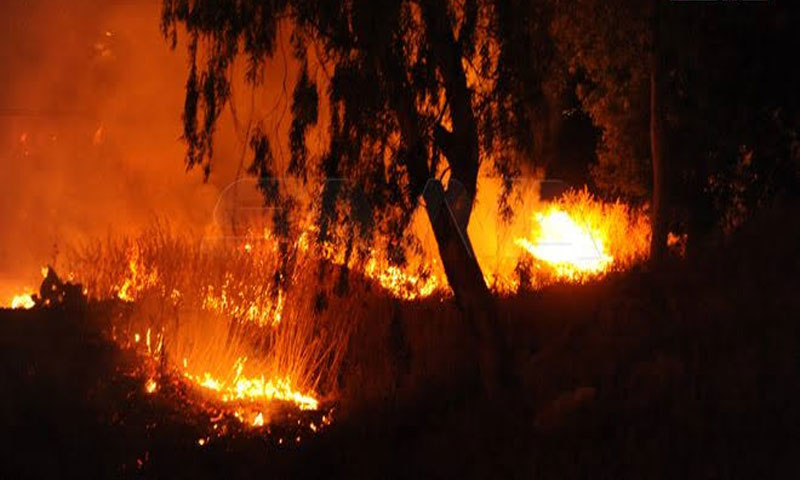 Two members of forestry department in the Lattakia agriculture directorate died, and eight others were wounded by fires and asphyxiation, when fires broke out in the al-Ananeeb village forest in the al-Qardaha countryside area in Lattakia.

According to local pages, the head of the fire department in Lattakia, Bassam Jannad, was killed along with another firefighter in a fire in the Qardaha countryside when the Kferzala forest were consumed, and teams rushed out to extinguish the blaze, which was one of 14 such fires to occur in the area on Sunday. His death was mourned in loyalist media.

The fire broke out in the early morning hours. Fire teams were able to extinguish it by 05:00 P.M. before it erupted again, while the presence of emergency teams in danger areas working on cooling and monitoring resulted in the death of the head of the fire department and another worker and a number of others being wounded.

According to sources, there were major losses in the olive orchards in the villages of Batrias, al-Amoud, Bashraghi, Harf al-Masitra, al-Ladina, al-Burghalia, al-Jouba, resulting from the burning of hundreds of dunums, as well as the fires extending to the villages of Farzala, Ananeeb, Almseis, and Ayn Jidi.