The Syrian Democratic Forces have said that the agreement reached with the Syrian government only allowed them to deploy on the borders writes Hawar News. 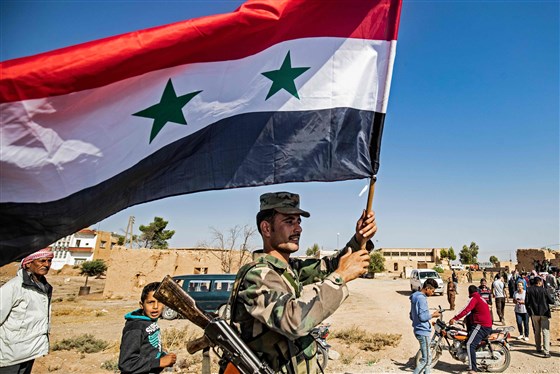 Abdel Hamed al-Mahbash said that the agreement that had occurred between the Syrian Democratic Forces (SDF) and the Syrian government, with Russia’s knowledge and approval, did not include the deployment of the Syrian army inside cities at all.

The co-president of the executive council of the Self-Administration of North and East Syria, Abdel Hamed al-Mahbash, said in a press statement that, “The agreement between the SDF and the Syrian government is a military agreement that includes the deployment of Syrian army forces along the border with Turkey, from Manbij to Raqqa, Hassakeh and Qamishlo, and up until the last point in Dreik.”

He said that, “The deployment will be along the border,” adding that the aim was to, “stop the Turkish aggression and the remove the Turkish army, which has occupied part of Syrian territory and violated Syrian sovereignty in a part of the border in al-Jazeera and Raqqa.”