A new film by Syrian director Sulaiman Tadmori is shinning a light on the suffering of people during the regime's siege of Homs writes Zaman Al Wasl. 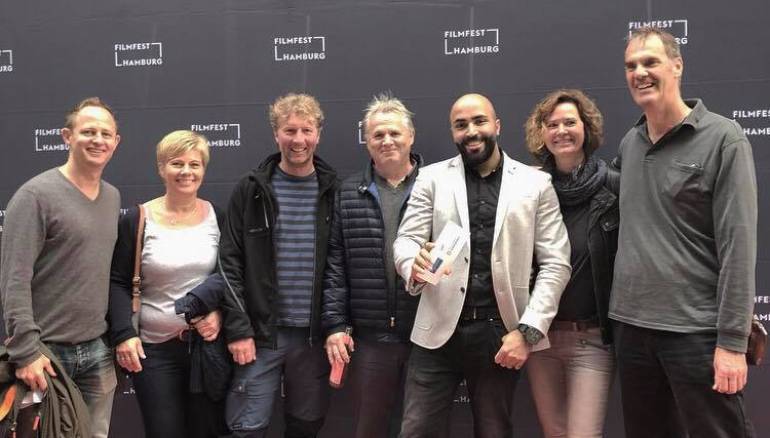 The documentary tells of steadfastness, hunger and fear during the siege of Homs by the regime army between 2012 and 2014.

The film received more positive reviews from the public and media than the director expected. Some of those who watched the film said that it allowed them to get a taste of the war in Syria, especially since the Germans knew about a war, but were separated from the reality of the destruction, siege and killing of civilians in Homs.

At least 144 films from 56 countries participated in the Hamburg Film Festival, some of which will be screened at Cannes, Locarno and Venice. ‘Homs Und Ich’ is scheduled to be shown on the NDR channel, where Tadmouri works, on Nov. 25, 2019.

When he arrived in Germany as a refugee in 2015, Tadmori brought with him many videos from the besieged Homs, from field hospitals, the lives of those besieged, rebel confrontations with regime forces, and aspects of his family’s life, which were a few hundred meters away without being able to reach them for months because of the shelling.

The director revealed that the film took about four months to finish, between the screenplay, editing, and the participation of journalists Stefan Lohr and Katarina Shelley in writing the script, dubbing, and editing it. They worked with British musician Marco Caricola to develop a special music for the film, as well as with German actor Tom Schilling to narrate the story in German.