A report has shown that Syrians are the third most targeted group in the Turkish media, with 918 documented cases of hate speech writes Jisr. 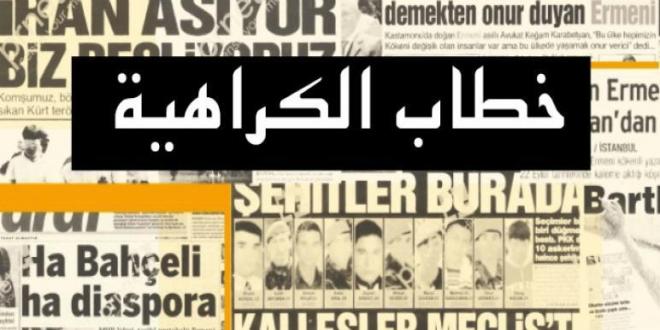 An annual report issued by the Hrant Dink Foundation revealed that in 2018, Turkish media published 918 articles against Syrians. The report counted these as “hate speech,” with Syrians being the the group third-most targeted with hate speech in Turkish media over that year.

In its report, the group included all national newspapers and 500 local papers. They said that they searched for specific keywords that targeted ethnic, religious and national groups across 4,839 articles and news columns during 2018, with Syrians having a share of almost 1,000 articles.

The report added, according to Jisr’s translation, that the papers directed 6,517 incidents of hate speech against 98 different groups, at a rate of more than 18 per day.

Jews were the most targeted group, with 1,133 examples, followed by Armenians with 973, while Syrians were the third-most with 918 examples, after they had been in second place with 1,148 in 2017.

The report said that 40 percent of hate speech was in printed national newspapers, and 60 percent was in local papers.

The Yeni Akit newspaper was at the top of the list of Turkish papers using hate speech with 284 articles, with 33 against Syrians, while the Yeni Şafak newspaper had 67, and Sabah had 22. The Hurriyet newspaper had 16 articles, while Haber Turk had just seven.