As the value of the Syrian pound continues to fall, some economists are calling for exchange offices to be closed reports Brocar Press. 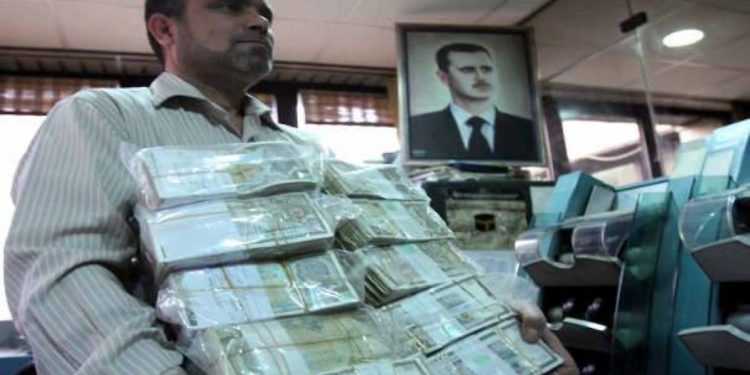 On Sunday, the value of the Syrian pound reached an unprecedented low against foreign currencies, with Syrian regime economists saying that the real reason for the decline is unknown and some of them demanded for the trading or possession of foreign currency to be criminalized and for exchange companies to be closed.

According to the Lira Today website, every US dollar is equal to 695 Syrian pounds buying and 690 pounds selling, which has impacted Syrian citizens and their purchasing abilities.

The pro-regime Al-Watan newspaper said that the reasons for the pound’s collapse are unknown, but quoted economists as giving what it called “solutions,” saying that some of these solution “rested in the drawers of the government” unused.

A member of the draft law committee to protect the Syrian pound, Ammar Youssef, called for, “criminalizing the possession and trade of US dollars outside official halls in accordance with the laws that were used during the 1980s.” He added that there was currently war and therefore a war economy should be implemented and that the manner in which the state interacted with the exchange market in the 1980s should be adopted today.

He added that there had been a draft law since 2013 but it had not been adopted. He said today there was a need for a “stronger law that criminalizes the trade and possession of foreign currency.”

He said that a high rate of Syrians inside the country depended for their livelihood on transfers from their relatives abroad, especially in Europe, with money going through exchange offices and that exchanges were run through the black market. The regime is meanwhile trying to take advantage of the transfers from migrants, according to observers, rather than finding solutions that save other Syrians in the areas they control.