The US-Turkish joint patrols in the Syrian al-Jazeera region have been described as a violation of Syria's sovereignty and territorial integrity reports SANA. 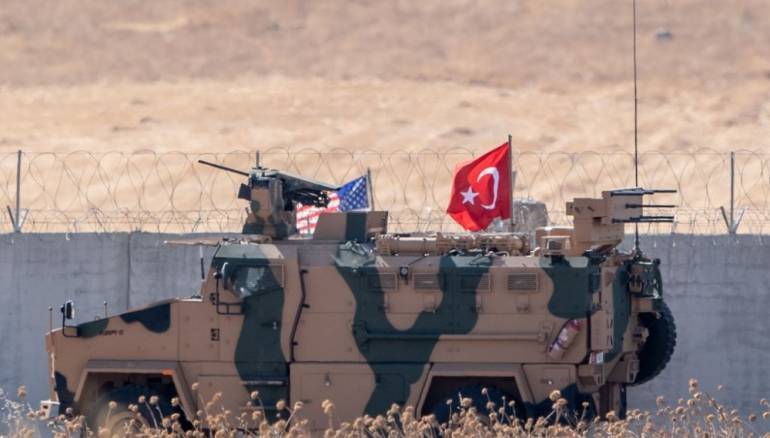 Syria vehemently condemned as a “flagrant violation of international law” the launching of US-Turkish joint patrols in the Syrian al-Jazeera region.

“The Syrian Arab Republic condemns in the strongest terms the launching of joint patrols by the US administration and the Turkish regime in the Syrian al-Jazeera region as a flagrant violation of international law and the sovereignty and territorial integrity of the Syrian Arab Republic,” an official source at the Foreign and Expatriates Ministry said Sunday, in a statement to SANA.

The source depicted this step as an aggression that aims to complicate and prolong the crisis in Syria after the achievements made by the Syrian Arab Army in pursuing the remnants of terrorist groups.

The source reiterated Syria’s absolute rejection of the so-called safe zone, affirming its determination to foil all the schemes that target Syria’s safety and territorial integrity.