A delegation of Druze has been prevented from journeying to Syria by Israeli occupation forces, and they have now staged a sit-in reports SANA. 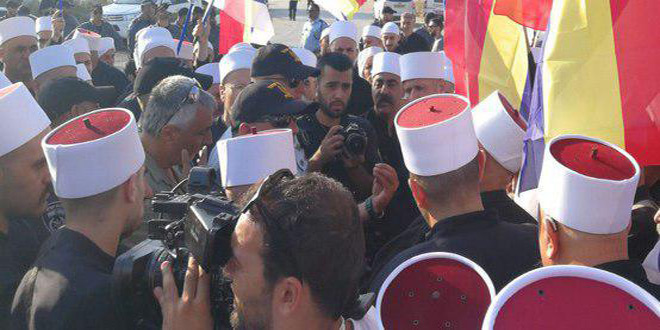 Israeli occupation authorities prevented a delegation of Druze Sheikhs in the occupied Palestinian territories from reaching the Sheikh Hussein border crossing with Jordan, before traveling to Syria for a religious visit.

The occupying entity mobilized their forces at the crossing point near Bissan, while the members of the delegation observed a sit-in until they achieve their objective.

In a televised statement, a number of members of the delegation expressed their right to make the visit and that the occupation forces prevented them from making the visit.

According to information received by the SANA office in Quneitra, the Israeli authorities are attempting, as always, to obstruct the delegation’s visit in order to dissuade it from visiting Syria.