Parks in Damascus are suffering from a lack of staff and a rise in anti-social behavior reports Al-Watan. 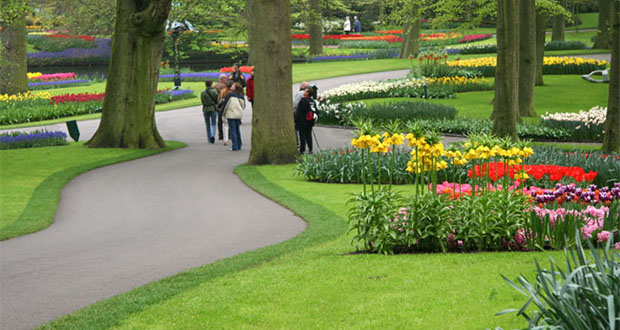 The parks manager in Damascus governorate, Mahmoud Murtada, has revealed that the situations of public parks in Damascus city is good, but that there are major difficulties due to the severe lack of technical staff working in the directorate. The number of workers in the parks sector in 2010 had been more than 4,000 employees, technicians and engineers, and that is now down to 1,300 as a result of the crisis and the lack of compensation for the human losses due to the lack of laborers and the decline of wages compared with the private sector.

Speaking to Al-Watan, the parks manager focused on the visual deterioration that has spread in some parks and which has affected social conditions. He said that it was unacceptable to impose immoral scenes on parkgoers, especially children, which manifest as some young men engaging in antisocial behavior that makes many people reluctant to visit. He said that work was being done to address this issue, with regulations being prepared against all those who misuse the parks by littering, vandalising facilities, or carrying out anti-social practices in the parks—which carry a fine of 500 Syrian pounds.

The parks director complained about the lack of fuel and the major shortfall of mazot and benzene, with barely enough for more than a few days.

Residents of Damascus have been unable to visit Tishreen park during the summer, because the space had been given over to summer shopping festivals. The director did speak to the Governor’s office to try and find a different space for the festival, but to no avail. The director also commented that the festival causes a lot of mess and they are not compensated for the damaged by the Chamber of Commerce.