Salih Muslim has said that the Democratic Union Party would be willing to return to Damascus for talks after the first round of negotiations collapsed writes Khabar. 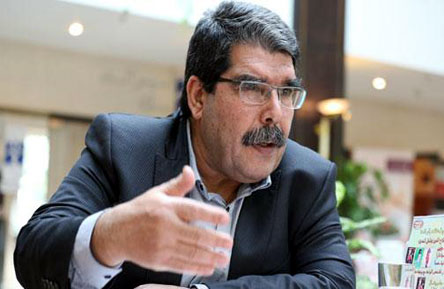 The official spokesman for the Democratic Union Party (PYD), Salih Muslim, expressed their readiness to go to Damascus and negotiate with the Syrian government for the second and third time.

Muslim’s statements came during a speech he delivered at a meeting of the Euphrates tribes which was held on Sunday in Gire Sipi (Tel Abyad) to discuss the latest political developments, primarily Turkish threats.

Muslim said: “We went to Damascus and we will go again until we find free people who can sit with our delegation and to let everyone know that we are free in our desires and we will maintain our character.” He said that “Free people alone are able to reach agreements.”

The Kurdish leader noted that they were the ones who had defended the territory more than the Syrian regime and so they would, “not circumvent us and they are now describing us as agents.” He continued, saying, “We are not agents. We are practicing politics.” He added, “We did not bring anyone onto Syrian territory and we did not find anyone beside us when the Islamic State’s knife was at our throats.”