Economic woes continue for traders in Damascus' markets, as the Syrian pound falls yet further against the dollar writes Zaman Al Wasl. 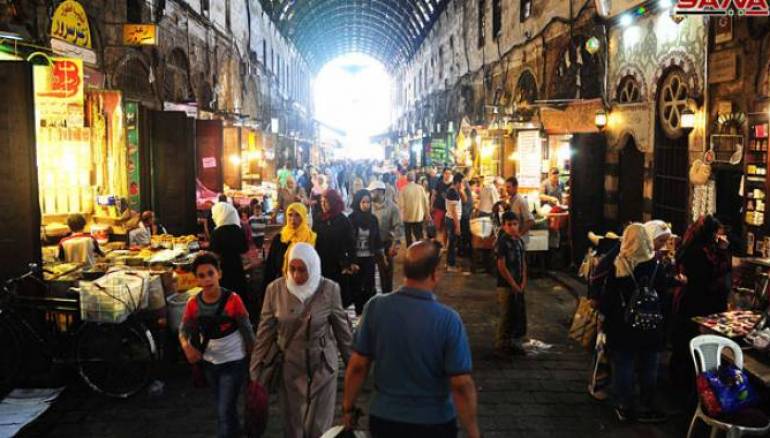 Most merchants in Damascus are complaining of a recession hitting their merchandise, a Syrian business website reported.

Some say it is the usual post-Eid al-Adha recession. However, others believe that this is due to the high cost of most consumer goods over the last month, with increased rates ranging between 10 and 15 percent,  combined with a fall in the exchange rate of the Syrian pound to unprecedented levels, according to Iqtissad.

Pro-regime media outlets say merchants are warning of a deep recession that would hit importers and wholesalers.

In their complaints, they emphasized that big traders refuse to reduce prices, although their goods may be damaged in their warehouses. Instead, they are offering to lend their goods to retailers through credit, keeping them from being dragged into this predicament. The merchants, however, seek to dispose of their goods in any way possible, for fear of spoiling.

Meanwhile, the hollowing-out of the Syrian currency’s value has continued as trading against the US dollar reached the highest rate in three years on blackmarket, according to exchange dealers.

Syria’s currency has crashed as the country’s eight-year-long war rages on.

The rapid depreciation of the Syrian pound has caused a further decline in the living standards of ordinary Syrians and threatens the continued functioning of what remains of the state, according to the think-tank Carnegie.

In a report published by the veteran Middle East think-tank in 2016, Aron Lund says: “If the formal economy proceeds to break down in more fundamental ways than it has already, if the Syrian pound loses even more of its purchasing power, and if state institutions cede ground to private charities, the black market, and militias, then the Assad regime will continue to evolve from an institutional state apparatus into a coalition of warlords. While tragic for Syria, such a development is especially dangerous for Assad himself, since his long term strategy is predicated on an ability to present himself as the last barrier against a permanent state collapse in Syria.

Reversing the decline of the government’s financial writ is therefore just as important to Bashar al-Assad as winning the battles on the ground. So far, he has seemed considerably more successful at the latter than the former.”