`The Chinese Foreign Ministry has called on the international community to respect the territorial integrity of Syria reports SANA. 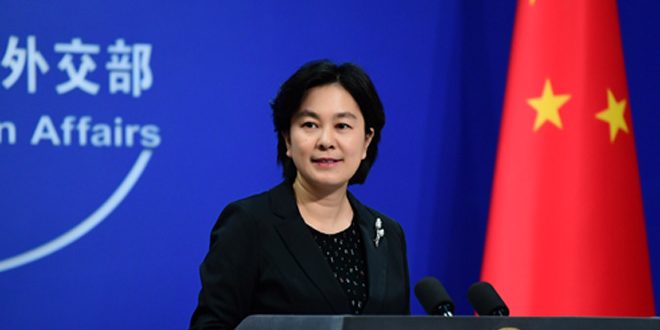 On Wednesday, Beijing reiterated its calls for respecting Syria’s sovereignty and territorial integrity.

“China respects the stance of the Syrian government in regards to its  sovereignty and territorial integrity and believes in the necessity of respecting that,” Hua Chunying, a spokeswoman for the Chinese Foreign Ministry, said in response to a question about establishing the so-called “buffer zone” in Syria.

She called on all sides concerned and the international community to work in a unified manner and create the conditions for a political solution to the crisis in Syria.

Syria has categorically rejected an agreement announced by the US and Turkish occupation about the establishment of a so-called “buffer zone” in Syria.