An arrest campaign that is targeting former opposition fighters, who entered into reconciliations, has arrived in eastern Ghouta, with about 100 people arrested reports Sowt al-Asima, 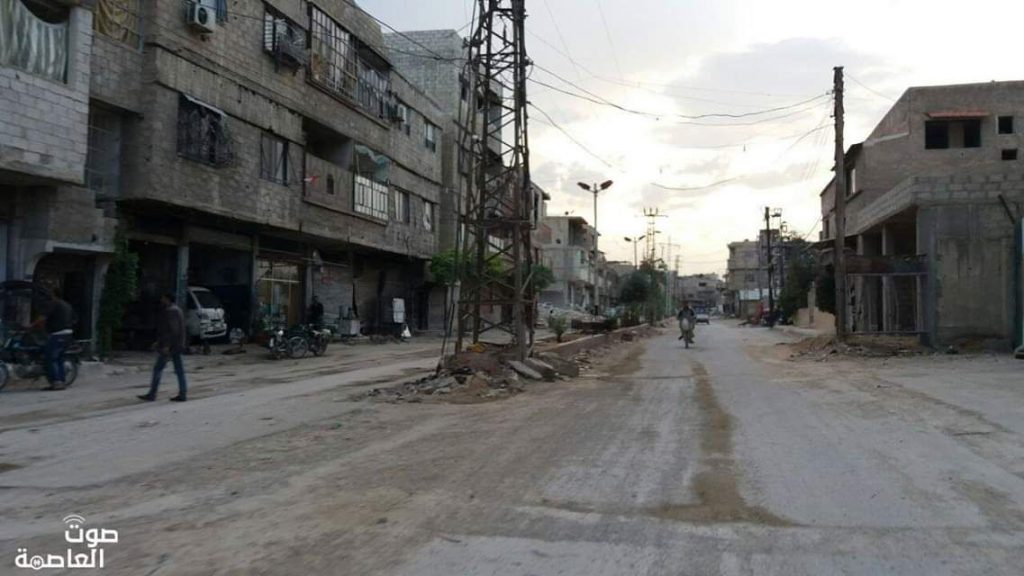 Regime forces have arrested about 100 young men from eastern Ghouta who were subject to settlement processes and volunteers in the regime army and the local militias supporting them.

Sowt al-Asima’s sources in eastern Ghouta said that the arrests came after security reports were received against a large number of the area’s residents on charges of fighting against regime forces and previously taking part in the military acts of rebel groups.

The sources said that most of those arrested were from the towns of Saqba, Kafr Batna, Hamouriyeh, Arbin, Jisrein, al-Maliha, Zabdin, and Deir al-Asafir, noting that a large number of them were arrested from their military barracks in Daraa, Suweida and Homs.

Sources said that regime intelligence had released a number of prisoners after they were interrogated and it was proven that they did not take part in the battles that were occurring in during the years when rebel groups controlled eastern Ghouta.

According to the sources, about 15 prisoners were transferred to Saydnaya military prison after being interrogated and others were distributed throughout the security branches.

State Security branch patrols carried out raids on the houses of three young men from the town of Douma in eastern Ghouta, during which they arrested all the young men at the same time on charges of previously belonging to Jaish al-Islam.

Other patrols by the Palestine Branch, affiliated with the Military Security Directorate, carried out arrests of fighters from the Fourth Division more than a year after they carried out security settlements and were inducted into the division’s ranks. Former commanders in rebel groups were affected, most prominently Mustafa al-Quseer, who had previously been a commander for Jaish al-Ababil and had been getting young men to sign up for the Fourth Division after the rebel groups left for northern Syria.

Regime forces have transferred dozens of residents from eastern Ghouta to Saydnaya prison after completing interrogations in the security branches.