The Baath Party caused outrage by planning a celebration of the victory over the Islamic State in Suweida, a victory that they were not responsible for writes Suweida 24. 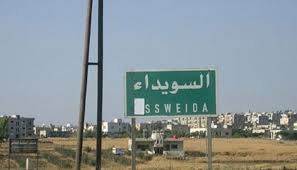 A local faction in Suweida forced Baath Party officials in the province to cancel a planned celebration of the victory in the battles of July 25, 2018, which was set to attribute this victory to those who were not responsible for it. The faction considered any “drumming or horns” on this day to be an attack on the blood of the martyrs.

A source told Suweida 24 that the party, which had been proposed by the secretary of the Baath Party branch in Suweida, Fawzat Shaqeer, to celebrate June 25 anniversary and to attribute the victory to the government, was cancelled a few days ago.

The source said that on Wednesday, the Fahed Forces faction issued a statement accusing the Syrian government of being behind the events of Jul. 25, 2018, and transporting thousands of Islamic State (ISIS) fighters to the edge of the province and then withdrawing and leaving the eastern countryside without protection or even warning the people, according to the statement.

The statement added that, “the entire state stands accused until proven innocent and all those responsible for transporting the terrorists are accountable.” The statement also sent a message to, “inform those who sent the ISIS members the first time that this time we will not hesitate to respond with force to any vile scheme against the province. Those who betrayed us have no right to celebrate and dance on the blood of our innocent martyrs.”

The statement said, “We announce that the Fahed Forces and all those affiliated with us, on Jul. 25, 2019, the first anniversary of the victory of al-Jabel, will be present on the ground inside the province to prevent any shabiha celebration by the sycophants in the state who are trying to attribute the victory to them. Those who betrayed us on this day will not be allowed to obscure our history or the history of this battle and we will deal with them as enemies. They have been warned.”

Hours after the statement was issued, Fahed Forces were deployed to patrol in various parts of Suweida and some raids were conducted in the eastern countryside. According to a source from the group’s command, security officials had vowed not to carry out the celebration the Baath Party had called for.

Hundreds of province residents and martyrs families commemorated the first anniversary of the battle of Jul. 25, 2018, attended by officers from the province, without drumming or horns. This is the anniversary in which residents of al-Jabel lost 263 martyrs, according to Suweida 24. Residents of Jabel were able to crush the ISIS fighters within a few hours and expel them from all positions they’d entered.