A haunting picture of a doctor who is working in the hospitals of northern Syria, under extreme circumstances, has gone viral on social media writes Al-Modon. 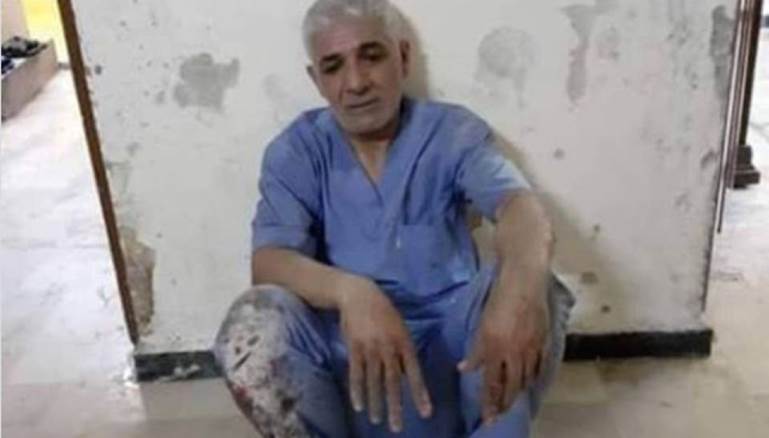 Syrian activists circulated a picture of a Syrian doctor covered with dust and sitting on the ground with his back against the wall securing a brief moment of rest.

According to available information, the man in the picture is Dr. Muhammad Rabeeh al-Khatib, a dentist. The war in Syria turned him into a general doctor, providing services for all civilians, as the regime laid siege to southern Damascus, before he was displaced to the hospitals in northern Syrian. In light of the paucity of specialized doctors, and the deliberate targeting of medical facilities by the regime, as documented in a number of human rights reports, Khatib found himself treating all injuries and illnesses.

The activists said that the photo was taken while the doctor was taking a moment of rest. His face is marked by exhaustion, after providing aid to the survivors of the recent massacre in the city of Jericho, in rural Idleb, which killed at least 11 people, following the bombing of the city by regime planes.

The image of the doctor went viral. Activists praised the doctor and other doctors who are working in the liberated areas, despite the daily shelling and death and deliberate targeting of the hospitals they work in.