The city of Istanbul is giving Syrian refugees one month to obtain the correct permit and residency documents, or risk being deported writes Al-Watan. 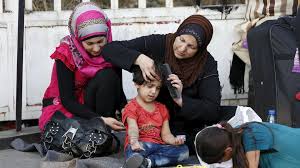 With the continuing and increasing pressure by the Turkish regime on Syrian migrants, Istanbul has given those in violation of the temporary protection and residence system a deadline of one month to leave the city.

Over the last few days, Istanbul has seen the expulsion of dozens of Syrians to Idleb under the pretext of them not holding protection cards, which has raised the discontent of Syrians, who have called for a deadline to be given to migrants to correct their situations.

The Turkish regime has carried out arrest campaigns that have affected dozens of young Syrian men in a number of parts of Istanbul city, with a focus on metro stations and areas where young men live in “youth housing” in various area, amid reports of hundreds of those in violation without “Kimlik” residency cards being expelled.

The so-called Action Group for Palestinians of Syria said that hundreds of Palestinian-Syrian migrants in Istanbul were in danger of deportation, either to Syria or to other Turkish states, after the Turkish regime’s Interior Minister Suleyman Soylu’s recent statements about migration and migrants from Syria.

In a notable shift for Recep Tayyip Erdogan’s regime’s attitude towards Syrian migrants, and in contrast to all its claims to support them, deportations have recently increased, with more than 7,500 being expelled from Turkish territory to Idleb province in northern Syria since the beginning of June until Jul. 18, 2019.

Throughout the years of the terrorist war against Syria, Erdogan has claimed to support those migrants—whose displacement he contributed to by backing terrorist groups in Syria—while his regime has used their presence on Turkish territory as a card to blackmail the West politically and financially.