Mashour Zidan was killed on the Saasaa-al-Qaleea road, when a rocket hit his vehicle, although who is responsible for the attack is unknown reports Sowt al-Asima. 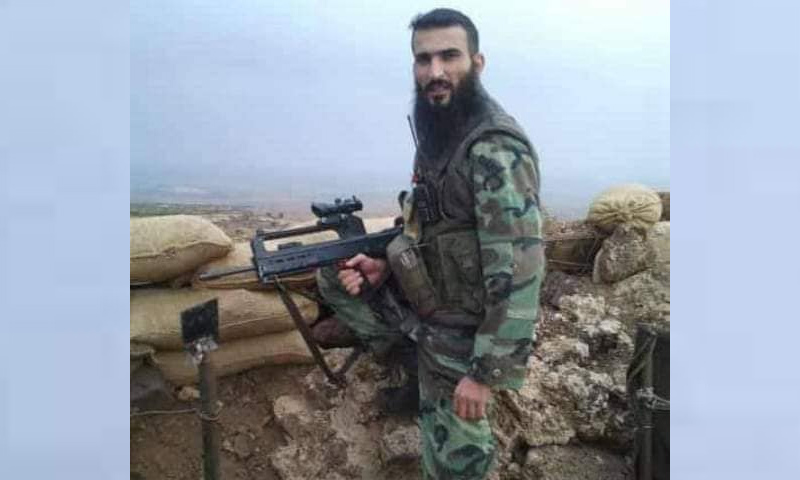 On Sunday, the city of Saasaa in the western Damascus countryside witnessed an incident in which a car was struck on the Saasaa-al-Qaleea road, killing Mashour Zidan, a commander in the Lebanese group Hezbollah,.

Official regime media said that a rocket struck a civilian car in the Saasaa area in Quneitra, which killed the driver and a child who had been near the car. The blast wounded three women in the area. The source of the strike was not identified nor were “terrorist groups” blamed as usual. Pro-regime and Hezbollah media networks mourned the commander, who was from the town of Hader in southern Syria.

Activist Omar al-Hariri, who is from Daraa province, published details of the incident on his Facebook page, saying that the operation may have been carried out by a drone which struck Zidan’s car.

Hariri said that Zidan had a number of identities and different names and that he had worked with Hezbollah for years. He was previously a commander of groups in southern Syria and eastern Ghouta.

According to Hariri, Zidan had mysteriously disappeared about four months ago, with news at the time circulating that he had been killed in eastern Ghouta, before it became clear that he had been summoned by Hezbollah to Lebanon and then returned to Syria after changing his identity and the nature of his work.

A Hezbollah group arrived at the area of the strike and identified the body, which had been unidentified for hours because he held an identity card with a different name. Pro-regime media reported that the man killed in the car had official papers under the name “Mohamed Naji” while removing Zidan’s corpse.