Hezbollaw has been shifting its troops and equipment in Syria closer to the Lebanese border, Asharq al-Awsat says 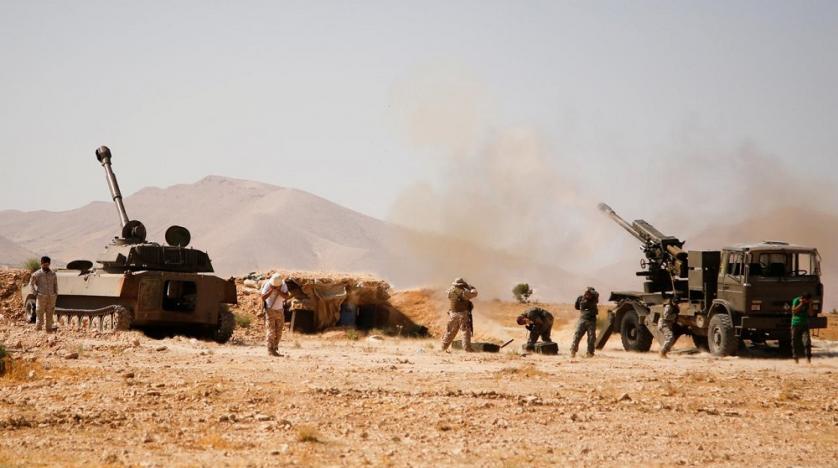 Hezbollah has in the past few days deployed its troops in new areas in the western Qalamoun district in the Damascus countryside, after the forces withdrew from different areas where the Lebanese party was located inside Syrian territory, sources said on Monday.

Hezbollah Secretary-General Hassan Nasrallah said in a television interview on Friday evening that the number of party members, who have been fighting alongside the regime’s forces in Syria, has been reduced publicly since 2013.

“We are still present in all the places where we used to be; we are still there but there is no need to be there in large numbers, as long as there are no practical necessities for that,” he told Hezbollah’s Al-Manar TV channel, adding that the Syrian regime “recovered greatly and found that today it does not need us.”

“We have redeployed and re-positioned our forces”, he continued, stressing that “all dealing with the Syrian file has nothing to do with the [US] sanctions or financial austerity measures.”

The Syrian Observatory for Human Rights said Hezbollah transported fighters with heavy weapons of short- and long-range missiles and heavy machine guns, and took up new position in the hillside area overlooking Flita town. It set up barricades and storage areas to hide its weapons and vehicles in the caves and trenches already dug in mountainous areas there.

The Observatory added that Hezbollah acquired a full residential building next to Dirar Mosque in al-Qa’aa neighborhood in Yabroud city and raised its flags. In the Qara area, the party set up military headquarters in the neighborhoods of al-Karb, al-Mashfa and the Municipal Stadium.