A landmine that remained undetonated, exploded when a car drove over it, killing three women and injuring three others reports SANA. 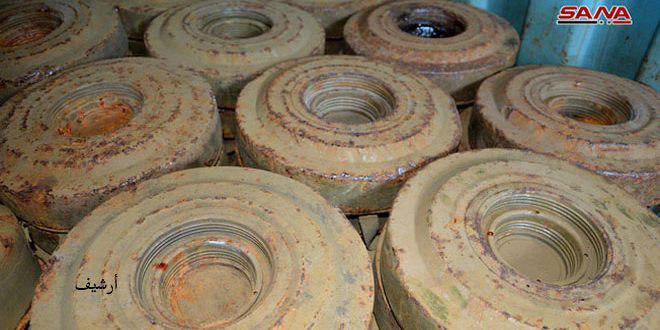 Three women were killed and three other people were injured when a landmine, left behind by terrorists, exploded on a road between Mleiha and Jisreen in eastern Ghouta in Damascus Countryside.

A police source told SANA that a Suzuki car, which was carrying a number of people returning from farms in Jisreen, was driving down a side road near the match factory in Mleiha, when a mine exploded, claiming the lives of three women and wounding three others.

In a separate incident, three children were martyred on Jul. 7, 2019, when an explosive device, left behind by terrorists, detonated near Joubar in Damascus Countryside.