A surprize attack on the Jabal al-Turkman front by opposition forces left tens of fighters wounded and spread fear on the streets of Lattakia reports Al-Modon. 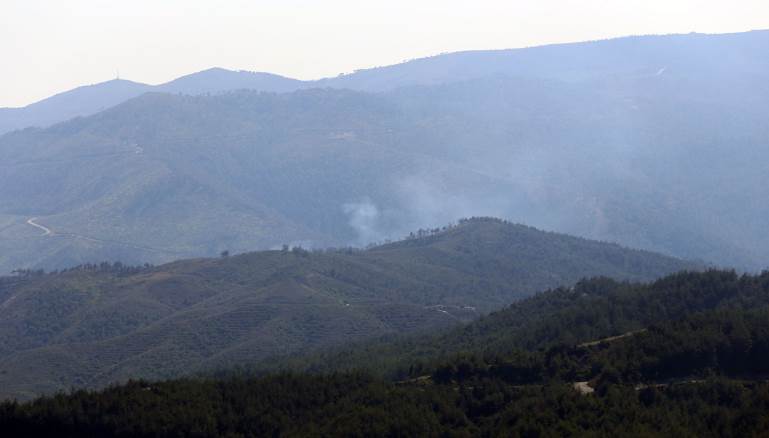 On Tuesday, the city of Lattakia woke to the sounds of dozens of ambulances transporting wounded soldiers from the Lattakia countryside. Islamist rebel groups had carried out a swift attack on multiple fronts in the Jabal al-Turkman area northeast of Lattakia.

From morning until night, the ambulances and other vehicles did not stop transporting the wounded, something the city had not seen since the Russian intervention in 2015. About 70 wounded arrived to the Lattakia Military Hospital, and 30 to the Old Military Hospital and about 20 to the Tishreen University Hospital.

Al-Modon met some of the wounded from the National Defense Forces, Baath Brigades and 44th Brigade operating primarily in Lattakia. Most of the wounded said they didn’t know what had happened, but that it had been a “heavy surprise attack.” Most of the wounded were from defensive forces spread along the fronts, not from the elite forces or forces organized to defend their areas.

Regime security sources told Al-Modon that, “there is no united command for the defensive sectors along the Lattakia border because of Suhail al-Hassan allegedly taking control over the Idleb battle and deploying his forces in the coastal countryside and because of the independence of his forces’ military decision-making and his separation from the central operations inside the army institution.” Regime security sources, who may have found an appropriate opportunity to attack “the Tiger”, said: “What’s more dangerous than all of that is the Russians supporting the Tiger alone. The Russians didn’t mobilize their military aircraft to repel the latest attack because Suhail al-Hassan didn’t call for it.”

Security sources told Al-Modon that, “The Russians only deal with the Iranians and Suhail al-Hassan on the level of ground forces and making plans.” They added, “The official army command doesn’t have any clear connection with the Russians.” Therefore, the front defending Lattakia could not communicate with the Russians, according to these sources.

The security sources expressed their anger and blamed “the Tiger” as if he was responsible for the surprise collapse of the Jabal al-Turkman front. But they also did not spare the Fifth Corps from their attacks, saying that, “the wounded of the Fifth Corps, structurally and administratively under Russian authority, are isolated and they also can’t be contacted,” in a reference to the inequity in dealing with wounded.

In Lattakia, Air Force Intelligence and Military Security forces have deployed and mobilized in most streets and have set up what resemble checkpoints and fired into the air to clear the way for ambulances. Out of fear, residents cleared the streets, while the security forces were deployed.

In the city there was a general climate of attacking the Russians and exposing the weakness of the regime, amid rumors that the Fourth Division commander Maher al-Assad would try to reform the front’s lines after appeals from people and the Baath Party.