During a trip to Berlin, US special representative on Syria James Jeffrey mentioned that it is the wish of the US administration that Germany send ground troops to northern Syria writes Al-Araby al-Jadeed. 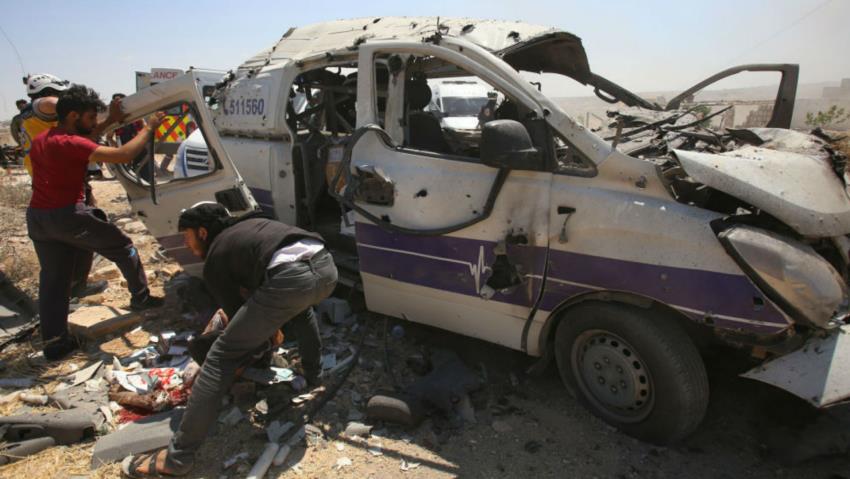 Berlin said Monday it had no plans to send ground troops to Syria, refusing a US request for Germany to ramp up its military involvement in the fight against Islamic State militants.

“When I say that the government intends to continue with its ongoing measures in the framework of the anti-IS coalition, then that means no ground troops,” said German government spokesman Steffen Seibert.

US special representative on Syria James Jeffrey told German media including the Die Welt newspaper Sunday that Washington wants Berlin to put boots on the ground in northern Syria.

Jeffrey, who was visiting Berlin for Syria talks, added that he expects an answer this month.

But the comments prompted discord to break out in German Chancellor Angela Merkel’s ruling coalition on Sunday.

“There will be no German ground troops in Syria with us,” tweeted a member of the interim SPD leadership, Thorsten Schaefer-Guembel.

“I don’t see people wanting that among our coalition partners” in Merkel’s centre-right CDU, he added.

But deputy conservative parliamentary leader Johann Wadephul told news agency DPA that Germany should “not reflexively reject” the US call for troops.

“Our security, not the Americans’, is being decided in this region,” added Wadephul, seen as a candidate to succeed Ursula von der Leyen as defence minister if she is confirmed as European Commission chief.

As well as the SPD, the ecologist Greens, liberal Free Democrats and Left party all urged Merkel to reject the US request for troops.

The mandate for Germany’s participation in Syria runs out on October 31, meaning that parliament would be called on to decide what to do beyond that date.

Seibert noted that Germany has “for years been making a significant and internationally acknowledged contribution” to fighting the Islamic State militants.

Berlin is now in talks with the US on “how the engagement should develop further”, he added.

The US appeal comes after Trump has repeatedly urged Berlin to increase its defence spending, last month calling Germany “delinquent” over its contributions to NATO’s budget.

But such criticisms have more often hardened resistance to forking out more on the military rather than loosening the country’s purse strings.

“I’d have liked the federal government to tell him once or twice that it’s none of his business” how much Germany spends on defence, Schroeder said.

Washington has two goals in northeastern Syria: to support the US-backed Kurdish forces that expelled IS from northern Syria because they are increasingly threatened by Turkey, and to prevent a potential IS resurgence in the war-torn country.

The US is hoping Europe will help, pressuring Britain, France and now Germany, which has so far deployed surveillance aircraft and other non-combat military support in Syria.

Berlin sent soldiers to fight abroad for the first time since World War II in 1994, and much of the political spectrum and the public remains suspicious of such deployments.