A local delegation from the western Damascus suburbs asked about the fate of detainees, but were told that most of them had died in prison writes Zaman Al Wasl. 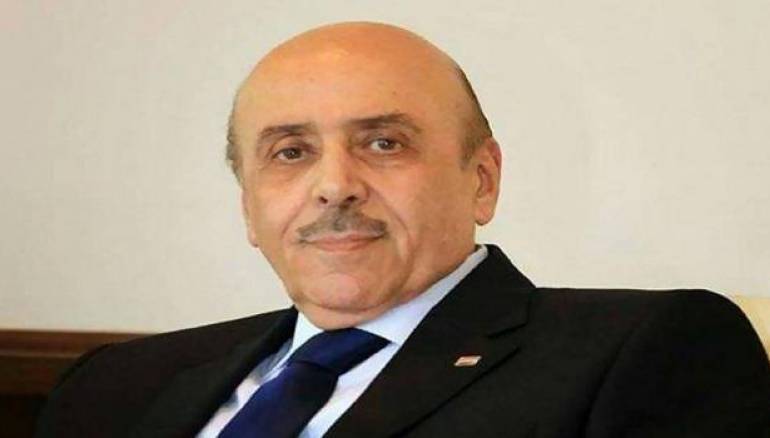 A local delegation representing the reconciliation committees in the western Damascus suburbs held a meeting last week with Bashar al-Assad’s security adviser and the head of the National Security Bureau, in an attempt to discover the fate of detainees and to implement the promises of reconciliation deals, activists told Zaman al-Wasl.

Activist Ahmed al-Ma’adhamani said the meeting was held at the request of Maj. Gen Ali Mamlouk, in the presence of Colonel Yasser Salhab, from the Fourth Armored Division, which controls the capital’s western suburbs.

One of the delegates from Muadamiyat al-Sham town, who spoke on condition of anonymity, said Mamlouk had warned the participants against any acts of revolt or rebel activity against the regime. The warnings came as a result of murals that criticized the head of the regime, Bashar al-Assad, which appeared on the border of the city about ten days ago, demanding the release of detainees.

Mamlouk urged the delegations to stand by the regime in their fight against those who still harbor revolutionary thought by writing security reports about them, so that they can be prosecuted and dealt with by the regime.

Regime forces continue to carry out arrest campaigns against Muadamiyat al-Sham. The number of prisoners from the city reached about 900, including engineers and university students who have been arrested for their involvement in revolutionary activities against the regime.

The reconciliation committee for the city touched upon the issue of the detainees during its meeting with Mamluk. However, the latter told the representatives of the city who attended the meeting that its people should forget about the detainees because the regime does not have any to be released, as most of them died inside the prison, and this file is not subject to debate because of its broad political scope.

The conflict in Syria has killed more than 560,000 people and displaced 6.5 millions since the revolution erupted in 2011 with the brutal repression of protests against Bashar al-Assad.