As well as buying up property and land in the area, the Iranian militias have also moved into the strategic cement factory in Aleppo, replacing regime forces writes Baladi News. 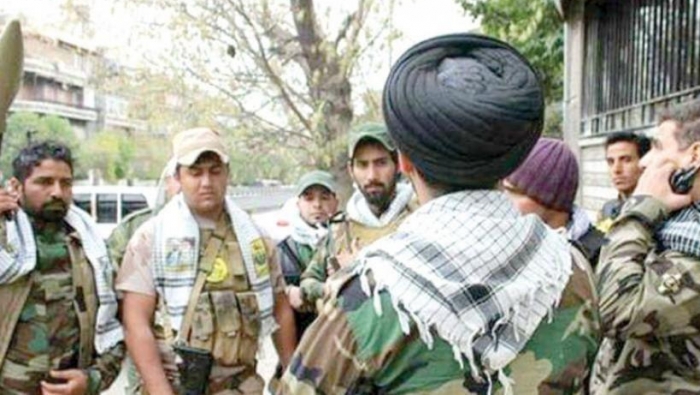 Iranian militias are continuing to expand their influence in the southern and eastern Aleppo countrysides, and are purchasing land and property around their bases after blocking their owners from accessing them, forcing them to sell.

According to sources obtained by the Al-Jisr local newspaper, Iranian investors have helped the militias in the Aleppo countryside to buy farmland and property and apartments that have gone up for sale because their owners are afraid to access them because of their proximity to the al-Nayrab military airbase.

According to the paper, militias and the investors close to them have bought up large parts of land in the towns of Jabrin and al-Nayrab and others in districts close to the al-Nayrab airbase.

It said that this had caused a notable increase in the property market as a result of property owners selling land, which they don’t benefit from, to real estate offices, which have increased their activities recently.

A source from inside Aleppo told Baladi News that Iranian militias have increased their presence on the outskirts of Aleppo city and have taken control of the cement factory on the outskirts of the Sheikh Saeed district in Aleppo which is controlled by regime forces.

The source said at the time that, “the cement factory had been controlled by regime forces but Iranian militias have begun to reinforce their positions inside the factory, leading the regime to withdraw from the factory and Iranian militias to enter it.”

According to the sources, Iranian militias have begun to set up bases inside the factory and reinforce them out of fear of an attack by Russian forces, since there have been clashes between Iranian militias and the Russians previously.

The cement factory is one of the most important military forts which the regime forces have used as a military base, which includes tall buildings that overlook the supply routes between eastern and southern Aleppo as well as the al-Ramousa roads and international Aleppo airbase.