New figures released by the Central Bureau for Statistics have shown that GDP comprised about 76.5 percent of total domestic demand reports Al-Watan. 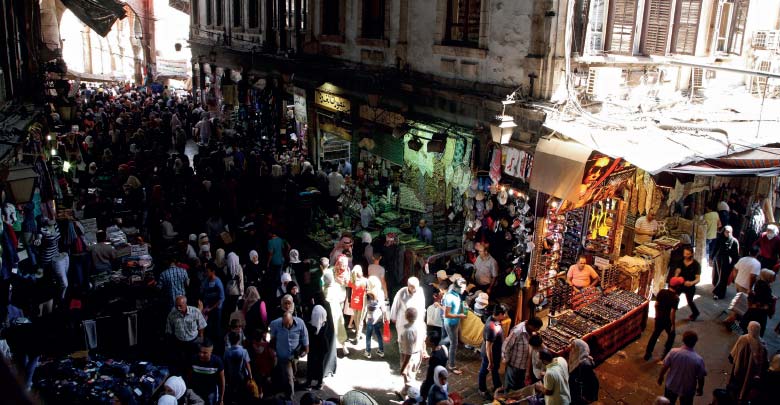 The total value of domestic demand reached 11.36 trillion Syrian pounds. Gross domestic product comprised about 76.5 percent of total domestic demand, while imports accounted for about 26.6 percent. This number is relatively high and shows the inability of local production to meet local demand. We also cannot ignore that impact of the war and the destruction of infrastructure and production facilities.

The average daily spending in Syria during 2017 was more than 31.12 billion pounds. The average share of a citizen in domestic demand is about 1,434.5 pounds per day- with more than a quarter on imports.

Ali Kanaan, a professor from the faculty of economics at the University of Damascus, believes that the fact that the Syrian domestic demand of 11.36 trillion pounds in 2017 was 38.9 percent higher than 2016 does not mean there was an improvement in citizens’ living standards and an increase in the consumption of goods and services. It also does not mean an increase in wages and salaries. Instead it reflects the high rate of inflation.

Kanaan said that the volume of imports had a major role in weakening the Syrian economy and exposing it to the outside. It has become an economy that is reliant on the outside world for 26.6 percent of its sum, without taking into account smuggling. If we add in the volume of smuggling, it might reach 40 percent, which creates a decline in the Syrian pound compared with foreign currencies and an increase in the poverty rate because the price of imports is higher than Syrian consumer power.

He said that the official and unofficial remittances over 2017 reached about two trillion pounds, which covered a third of domestic private demand (with government investment according to the state public budget).